Keep the Midnight Out 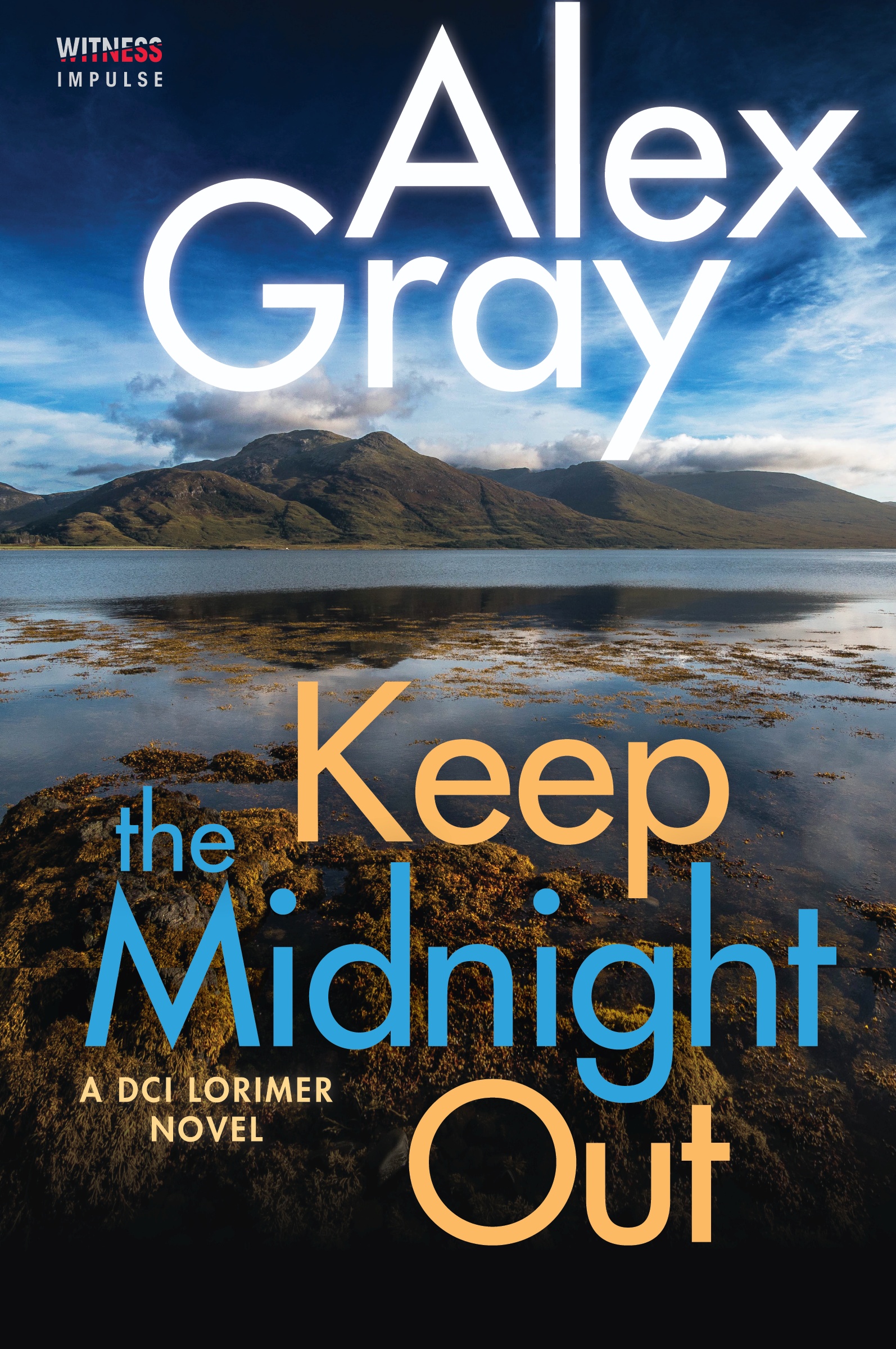 When the body of a red-haired young man is washed up on the shore of the beautiful Isle of Mull, Detective Superintendent Lorimer’s tranquil holiday away from the gritty streets of Glasgow is rudely interrupted. The body has been bound with twine in a ghoulishly unnatural position and strongly reminds Lorimer of another murder: a twenty year old Glasgow case that he failed to solve as a newly fledged detective constable and which has haunted him ever since.

As local cop DI Stevie Crozier takes charge of the island murder investigation, Lorimer tries to avoid stepping on her toes. But as the similarities between the young man’s death and his cold case grow more obvious, Lorimer realises that there could be a serial killer on the loose after all these years.

As the action switches dramatically between the Mull murder and the Glasgow cold case twenty years earlier, Lorimer tries desperately to catch a cold-hearted killer. Has someone got away with murder for decades?

They called it ‘the splash’; though the boat that crept silently, oars dipping lightly in and out of the water creating myriad bubbles of phosphorescence, made little sound at all. It was vital to keep quiet; the time for frightening the fish would not come until the net was properly laid across the mouth of the burn. After that the oars would be raised high and brought down with force, driving the sea trout from their shadowy lairs straight into the trap. It was illegal, of course, had been for decades, but that did not stop more intrepid poachers sneaking in at dead of night and lying in wait for the fish.

Unfair, unsporting, the fishery bodies claimed, though most folk here, on the island of Mull, recognised the thrill of rowing under the stars and risking some wrath from the law enforcers.

Ewan Angus Munro glanced back over his shoulder to see his son playing out the last of the splash net; the ancient cork floats now in a perfect arc across this narrow neck of water.

Young Ewan looked towards his father and nodded; the first part of the deed was done and now all that remained was to ensure that the fish would be scared out from their hiding places by the sudden noise of oars thrashing on the surface so that they would rush towards the net.

The old man turned the boat with an expertise that came from many years of practice, then headed back towards the shallow channel. He raised the oars, resting them in the rowlocks, water dripping like molten rain from their blades. The small craft was allowed to drift a little before Ewan Angus turned to his son again, the eye contact and nod a definite signal to begin the second stage of their night’s work.

Young Ewan Angus stood, legs apart, perfectly balanced in the centre of the boat, one oar raised high above his shoulder as the older man watched him, eyes full of approval. The boy had been given more than just his father’s names: his flair for the splash, too, had been passed down from father to son.

Across the marshy strand full of bog cotton and sweet-smelling myrtle sat a small white cottage. A swift glance showed him that there was no light on anywhere; the holiday folk were doubtless sound asleep, oblivious to the small drama being played out yards from their front door.

The sound of the splash seemed magnified as it disrupted the stillness, echoing over the bay. The young man heaved the oar again and again, each whack making his body stiffen with fear and a sort of bravado. If they were caught they’d lose both the net and the boat, a heavy price to pay for a night of fun and a good catch of sea trout, fish that fetched a decent price at the back doors of the best hotel kitchens.

Several times the boat was rowed up and down, followed by a series of splashes until the old man raised his callused hand to call a halt. Now it was time to wait and see if the fish had indeed been scared witless enough to swim towards their doom.

Once more the old man rowed along the line of corks, his son lifting the net to see if anything lingered below.

‘A beauty,’ the boy whispered, raising the net to reveal a good-sized sea trout struggling in the brown mesh.

‘Ten pounder at least!’ he went on, freeing the huge fish where its gills had caught and hurling it into a wooden box below his feet.

‘Be-wheesht and get the net up,’ his father hissed, though the grin on his face showed how pleased he was with their first catch of the night. The old man bent towards the struggling fish, his fist around the priest, a wooden club that had been in the family for generations. One swift blow and the fish lay lifeless in the box, its silvery scales gleaming in the night.

One by one, others joined the fated sea trout as the two men made their laborious way along the edge of the net.

‘My, a grand haul, the night, Faither,’ Young Ewan Angus exclaimed, his voice still hushed for fear of any sound carrying over the water.

‘Aye, no’ bad,’ his father agreed, a contented smile on his face. One of the middling fish would be wrapped in layers of bracken and left in the porch of Calum Mhor, the police sergeant. A wee thank you for turning his continual blind eye to the nocturnal activities taking place down the road from Craignure. Mrs Calum had guests staying and she’d be fair pleased to serve them a fresh sea trout for their dinner. It was universally acknowledged here on the island that the pink fish was far superior in flavour to the coarser salmon, particularly those that had been farmed.

The young man staggered as he tried to haul in the final part of the splash net. ‘I can hardly lift it!’ he exclaimed.

‘Must be caught on a rock,’ the old man grumbled, his mouth twisting in a moue of disgust. If they had to tear the net to release it then it would take hours of work to mend, but the operation depended on being in and out of these waters as quickly as they could manage. Hanging about was not an option in case the Men from the Revenue had decided on a little night-time excursion of their own.

Suddenly the young man bent down in the boat, hands gripping the gunwales as he peered into the depths below.

His brow furrowed at the rounded mass swaying beneath the surface, rags of bladderwrack shifting back and forwards with the motion of the waves. Then, as his eyes focused on the ascending shape, Ewan Angus Munro saw pale tendrils that had once been fingers of flesh and one thin arm floating upwards.

He screamed, and covered his mouth as the sickness rose in his throat, then stumbled backwards. The boy flung out his arms, desperate to grasp hold of something solid to break his fall but all he felt under his hands were the wet bodies of slithering fish.

‘What the . ⁠. ⁠. ⁠?’ Ewan Angus turned, an oath dying on his lips as the boat rocked violently, small waves dashing over the bow.

Wordlessly, his son pointed to the waters below. Then, as the old man peered over the side of the boat, he saw the body rising to the surface, its passage out to sea impeded by their net.

Excerpt from Keep the Midnight Out by Alex Gray. Copyright © 2018 by Alex Gray. Reprinted by permission of Witness Impulse, an imprint of HarperCollins Publishers. All rights reserved. 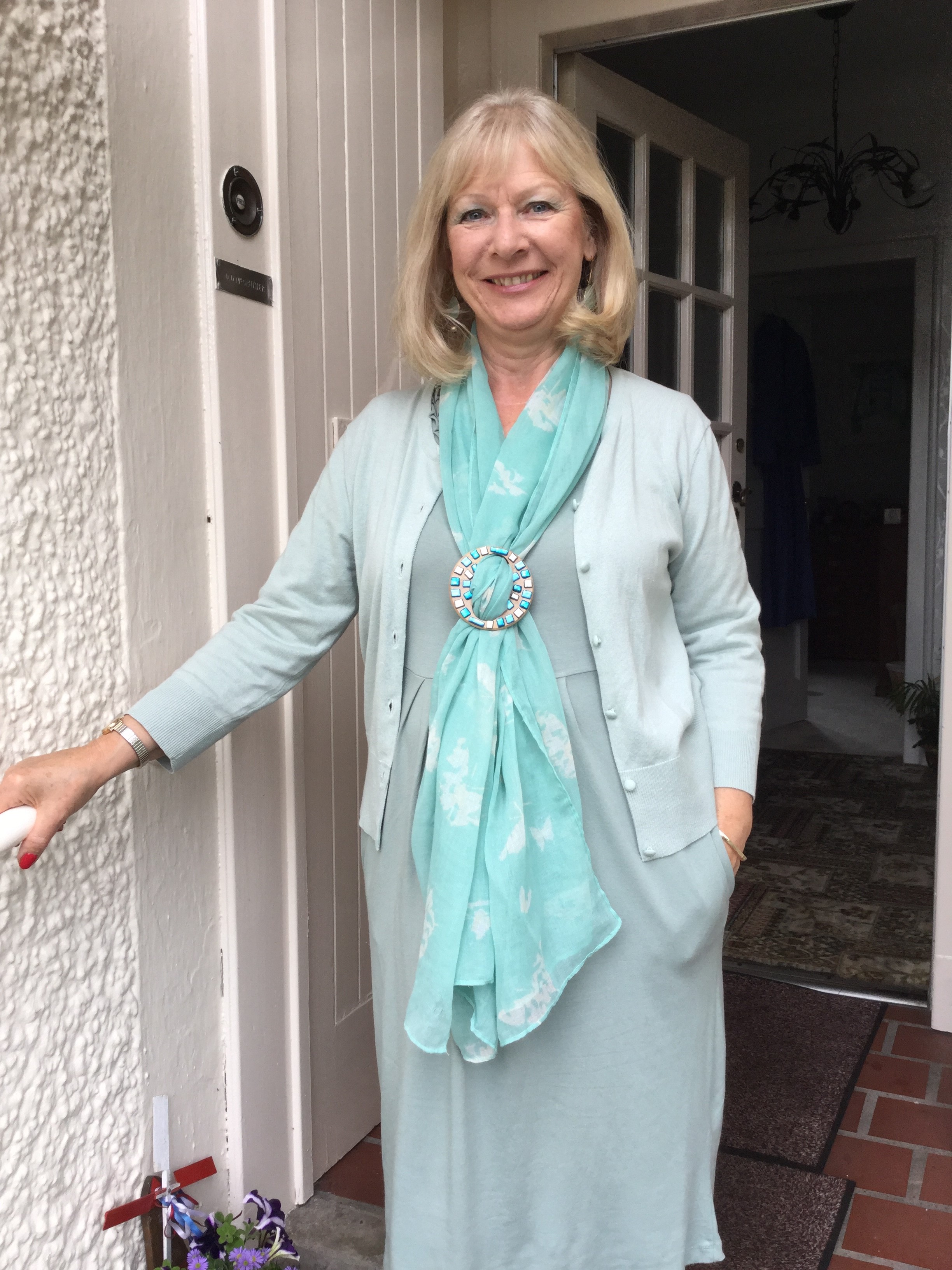 Alex Gray was born and educated in Glasgow. After studying English and Philosophy at the University of Strathclyde, she worked as a visiting officer for the Department of Health, a time she looks upon as postgraduate education since it proved a rich source of character studies. She then trained as a secondary school teacher of English.

Alex began writing professionally in 1993 and had immediate success with short stories, articles, and commissions for BBC radio programs. She has been awarded the Scottish Association of Writers’ Constable and Pitlochry trophies for her crime writing.

A regular on the Scottish bestseller lists, she is the author of thirteen DCI Lorimer novels. She is the co-founder of the international Scottish crime writing festival, Bloody Scotland, which had its inaugural year in 2012.

This is a rafflecopter giveaway hosted by Partners in Crime Virtual Book Tours for Alex Gray and Witness Impulse. There will be 3 winners of one (1) print copy of Alex Gray’s THE SILENT GAMES. The giveaway begins on May 7, 2018 and runs through June 10, 2018.
Open to U.S. addresses only. Void where prohibited.