I received this in an email recently and thought I’d share to bring a smile to your face on this day to remember: 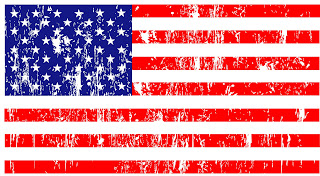 Here’s a quote from a government employee who witnessed a recent inter-action between an elderly woman and an antiwar protester in a Metro station in DC.

“There were protesters on the train platform handing out pamphlets, on the evils of America . I politely declined to take one.”


“The elderly woman was behind me getting off the escalator and a young ~20-ish female protester offered her a pamphlet, which she politely declined. The young protester put her hand on the old woman’s shoulder as a gesture of friendship and in a very soft voice the young lady said, “Lady, don’t you care about the children of Iraq ?”

The old woman looked up at her and said, “Honey, my father died in  France during World War II, I lost my husband in Korea , and a son in   Vietnam  . All three died so you could have the right to stand here and badmouth our country. If you touch me again, I’ll stick this umbrella up your a_s and open it.”