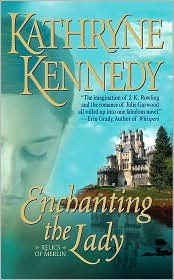 Free eBook from Barnes and Noble

In Victorian London where titles are based on the inheritance of magical powers, a were-lion’s obsessive quest for Merlin’s relics will threaten his love for a disinherited duchess-as well as their very lives.

Little-noticed Felicity Seymour is a woman with a problem: she can’t take control of her parents’ lands until she can prove her magical abilities, of which she’s never had the slightest hint. When she meets a handsome were-lion baronet, Terence Blackwell, she’s surprised at his interest; what she doesn’t know is that Terence smells the taint of relic-magic on her, the same magic that killed his brother. Resolving to learn her secrets, Terence courts the worried wallflower and is as surprised as anyone when he falls head over heels. Soon after they marry in secret, Felicity discovers that people she’s trusted all her life are conspiring to steal her magic, her title and her land. Now she’s got to stop them with the help of her new husband-but how much does she really know about her mysterious mate? The latest from Kennedy (Beneath the Thirteen Moons) is simply delightful, set in a fantasy-touched Victorian England that’s imaginative, historically vigorous and ripe for further adventures. Felicity is a pleasantly unassuming heroine and is well matched in Terence, while the identity of the villain will keep readers guessing until the very end. (Jan.)

One thought on “Free Friday!!”