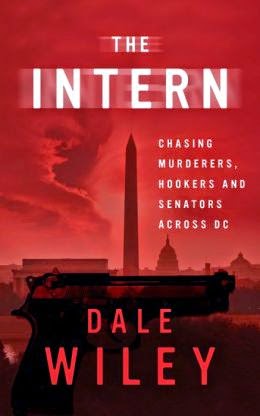 It’s 1995. Things are going great for new Washington, DC intern Trent Norris. He’s out on his own, he’s found a fabulous woman to date, and if he doesn’t love his internship, he doesn’t hate it either. Life is nice.

But things can change in a moment in DC, and Trent finds himself the prime suspect in two murders and a slew of other crimes. Overnight he becomes the most wanted man in America.

Trent has to find a way — any way — out. He finds a way to hole up at The Watergate on a senator’s dime and enlists a comely call girl as his unwitting ally. But with the media eating him alive, he knows he doesn’t have long before they catch up with him. Can The Intern find his way out of this mess?

From tony clubs in Georgetown to Capitol Hill murders, The Intern has all the twists and turns of a classic DC thriller, with an added comic flair.

What was your inspiration for The Intern?I finally realized that I ought to write something that resembled what I most enjoyed reading. Before, I kind of felt compelled to write more “literary” fiction, and I could occasionally find lightning in a bottle, but I didn’t enjoy it like I did a good thriller. Shortly after that I moved to DC and worked there in a couple of jobs, longest as an intern. There wasn’t a bit of drama that went on, but there were great characters, and it felt as good as any place to set a thriller.

Why did you choose Georgetown as your setting?Well, it’s really set all over DC. In the early part of the book they visit Georgetown, but it doesn’t go any further than that. If I were to give it one location, it probably centers more than anywhere at the Watergate. That to me is the heart of the politics and glamor of Washington. I lived in Washington on two occasions, just long enough to have a sense of the city. I hope that comes through.

What you mean by comic flair?I hate stuffy thrillers. Breathless thrillers. Ones where the people are not real characters, just kind of cardboard cutouts. What I wanted to have was something that mixed some comedy with the twists and turns of a thriller. That’s a task: to write both the highly structured things you have to do for comedy, and then turn around and try to make it all suspenseful too. That’s what I tried to convey by calling it “comic flair.”

Wow! The Intern sounds like even more fun, now!

“Are you going to kill me?”

He stared at the short, silver barrel of the gun, which I had pointed directly at his forehead. He struggled to free himself from the handcuffs and the bed, but he knew it wouldn’t happen. He probably thought about shouting, but then he looked at the gun again. In his mind, I was a bona fide maniac. I was a killer. He wasn’t going to scream.

I let him squirm for a moment, holding his gaze, making him think I was pondering the question.

I shook my head.

He breathed long and slow, easing down from panic into fear. He looked behind him at his left wrist, shackled by the tight-clamped cuffs, then looked at me again, trying for sympathy, and asked, “Then why am I here? What do you want?”

This was the opening I had been waiting for.

“That’s simple,” I said, setting the gun on the dresser and then leaning against it. I waited until he looked at me.

“I want to tell you my story.” 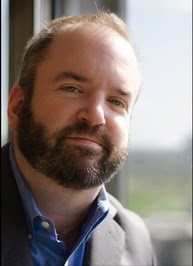 Dale Wiley is a Missouri attorney who has had a character named after him on CSI, owned a record label, been interviewed by Bob Edwards on NPR’s Morning Edition and made motorcycles for Merle Haggard and John Paul DeJoria. He has three awesome kids and spends his days working as a lawyer fighting the big banks.

Thank you to Dale Wiley and Partners in Crime Virtual Book Tours for generously including me in this tour.
If you’d like to join in on an upcoming tour just stop by their sites and sign up today!

Get Your Own Copy!

This is a giveaway hosted by Partners In Crime Virtual Book Tours for Dale Wiley. There will be ONE U.S. winners of a kindle ebook copy of The Intern. The giveaway is open to US residents only. The giveaway begins on April 20th, 2015 and runs through May 31st, 2015. Stop by our tour stops too because several of them are giving away limited edition print copies of The Intern!a Rafflecopter giveaway

2 thoughts on “Inside the Author with Dale Wiley”