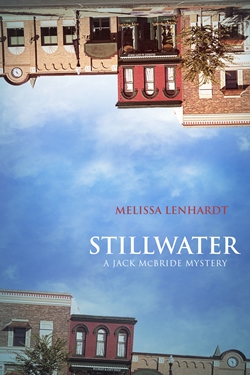 Former FBI agent Jack McBride took the job as Chief of Police for Stillwater, Texas, to start a new life with his teenage son, Ethan, away from the suspicions that surrounded his wife’s disappearance a year earlier.

With a low crime rate and a five-man police force, he expected it to be a nice, easy gig; hot checks, traffic violations, some drugs, occasional domestic disturbances, and petty theft. Instead, within a week he is investigating a staged murder-suicide, uncovering a decades’ old skeleton buried in the woods, and managing the first crime wave in thirty years.

For help navigating his unfamiliar, small-town surroundings, Jack turns to Ellie Martin, one of the most respected women in town—her scandal-filled past notwithstanding. Despite Jack’s murky marriage status and the disapproval of Ethan and the town, they are immediately drawn to each other.
As Jack and Ellie struggle with their budding relationship, they unearth shattering secrets long buried and discover the two cases Jack is working, though fifty years apart, share a surprising connection that will rattle the town to its core.

“Helluva case to get on your first day, eh?” the doctor said.

Jack nodded and gave a brief smile. He pulled gloves and more paper booties from his coat pocket and handed them to Jesson and the doctor. Jack walked down the hall and entered the room. Jesson stopped at the door.

“Gilberto and Rosa Ramos,” Jesson said. “Found dead this morning by Juan Vasquez.” He jerked his thumb in the direction of the man sitting on the couch. “Says he’s Rosa’s brother. He don’t speak much English but from what I gathered, he came to pick Gilberto up for work and heard the baby screaming. When no one answered, he let himself in. Door was open. Found them just like that.”

They were both nude. The woman lay facedown, covering half of man’s body. The right side of the man’s head was blown across the pillow. Blood and brain matter were sprayed across the bed, under the woman and onto the floor. A clump of long dark hair was stuck to the window with blood. Her right arm was extended across the man’s chest, a gun held lightly in her grip.

Jack walked around the bed.

Doc Poole stood next to Officer Jesson. “It takes a special kind of anger to kill someone you are in the middle of fucking, doncha think?” Doc Poole said. “Ever see that in the F-B-I?” Derision dripped from every letter.

Jack ignored him. “Where’s the baby?”

Jack hoped the revulsion on Jesson’s face meant scenes like this were rare in Stillwater. If he wanted to deal with shit like this on a regular basis, he would have taken a better paying job in a larger town.

“Has anyone called CPS?”

“To take care of the baby.”

“And, what do we know about this neighbor?”

He shrugged. “She didn’t speak much English.”

“So, she could be in the next county by now?”

“Oh, I doubt that,” Jesson said. “She seemed like a nice sort. Very motherly.”

Jack cocked his head and puzzled over whether his most senior officer was ignorant, naive or an amazing judge of character.

He turned his attention to Doc Poole. “What’s the time of death?”

“Can you be more specific?”

“No. I’m a general practitioner.”

Jack kept his focus on Doctor Poole. “So you heard this over the radio and decided to come? Or did someone call you?”

“Do you have the instruments necessary to establish a time of death?”

“Then get off my crime scene.”

The little man straightened his shoulders and lifted his chin. “I can see why Jane Maxwell liked you.” He started to leave but turned back. “We do things different here in Stillwater.”

“Not anymore we don’t,” Jack said. 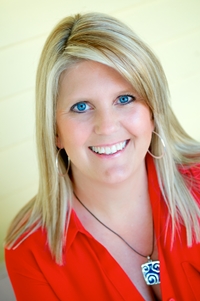 Melissa Lenhardt writes mystery, historical fiction, and women’s fiction. Her short fiction has appeared in Heater Mystery Magazine, The Western Online, and Christmas Nookies, a holiday romance anthology. Her debut novel, Stillwater, was a finalist for the 2014 Whidbey Writers’ MFA Alumni Emerging Writers Contest. She is a board member of the DFW Writers’ Workshop and vice president of the Sisters in Crime North Dallas Chapter. Melissa lives in Texas, with her husband and two sons.

This is a giveaway hosted by Partners In Crime Virtual Book Tours for Melissa Lenhardt. There will be one winner of 1 AMAZON US gift card and 1 copy of Stillwater (For US residents only.). The giveaway runs through November 14th, 2015.

Thank you to Melissa Lenhardt and Partners in Crime Virtual Book Tours for generously offering this book to me for review.

Stop By the Other Stillwater Tour Participants:

2 thoughts on “Looking for a Small Town Mystery with Secrets, Lies, Romance & Murder?”