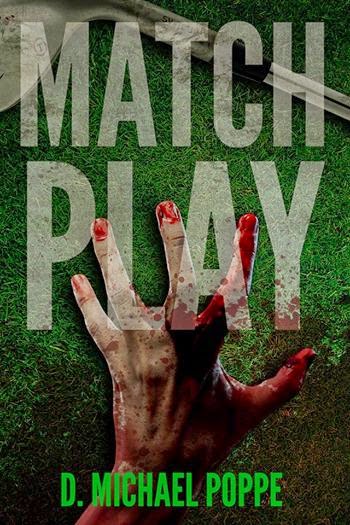 FBI Agent Lou Schein is assigned to investigate a grisly murder in Los Angeles, one echoing a similar case in Phoenix, Arizona. Agent Schein, a golf enthusiast, notices a strange coincidence: both crimes occur while the LPGA tournament is being held in the respective cities.

After the fourth murder, it’s clear they are after a serial killer obsessed with the golf game of match play. He is scoring the individual murders as one hole of the match on the current tournament course.

The killer leaves a series of taunts and clues which the FBI must decipher to learn where he will strike next. It is a game that becomes an obsession for both the killer and Agent Lou Schein, one determined to win the match and the other to stop him before he strikes again.

He hears the dog barking. She is trying to quiet the dog as she approaches the door. David feels his hand tighten around the grip of the three iron. Her face expresses surprise and dismay when his Fourth Hole opens the door while pushing the little dog back with her right foot.

“Yes?” She says as she opens the door. He assumes the screen door that separates them is locked.

“Hello, Dorothy. I didn’t expect it to be raining like this. I want to return your three iron, had you noticed it was missing? I must have dropped it into my bag by mistake the day we were practicing.” He holds it up so she can see it.

He watches her reach for the latch on the screen door.

“Actually, I haven’t noticed!” she says as she pushes the door open. “I haven’t been back to the course since the day we met.” She is motioning him into the foyer. “Aren’t you freezing? Get back Daisy!” Dorothy again pushes the dog with her foot.

David brushes water from his jacket and steps inside.

“How did you ever find me?” She asks, smiling. “Let me get you a towel. Just a second.” She scurries down the hall with Daisy at her heels.

“That isn’t necessary, Dorothy, I just wanted to return your club.”

Dorothy Duncan, hands him a towel and a moment later, the Fourth Hole is lying on the 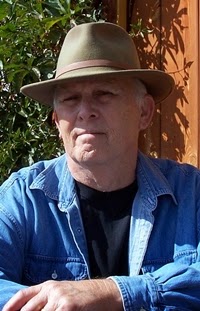 I was born in the Midwest on a dairy farm outside a small town. I had a love of art from a young age; drew and wrote stories about the farm. My upbringing was conservative and religious and it took a long time to overcome it. I served in the Marine Corps during the Vietnam war and was honorably discharged in 1971. I then attended the University of Calfornia and received a degree in Studio Art in 1976. I painted for many years and have paintings in many private collections primarily on the West Coast of the US. I retired and finally had some time for writing; Match Play is my first novel and it will be released later this year or in early 2014. I live in the South Western United States with my wife Ann of twelve years.

Thank you to D Michael Poppe and Partners in Crime Virtual Book Tours for generously offering this book to me.

One thought on “Match Play & A Giveaway”