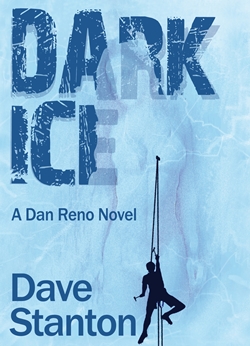 Two murdered girls, and no motive…

While skiing deep in Lake Tahoe’s backcountry, Private Eye Dan Reno finds the first naked body, buried under fresh snow. Reno’s contacted by the grieving father, who wants to know who murdered his daughter, and why? And how could the body end up in such a remote, mountainous location? The questions become murkier when a second body is found. Is there a serial killer stalking promiscuous young women in South Lake Tahoe? Or are the murders linked to a different criminal agenda? Searching for answers, Reno is accosted by a gang of racist bikers with a score to settle. He also must deal with his pal, Cody Gibbons, who the police consider a suspect. The clues lead to the owner of a strip club and a womanizing police captain, but is either the killer?

The bikers up the ante, but are unaware that Cody Gibbons has Reno’s back at any cost. Meanwhile, the police won’t tolerate Reno’s continued involvement in the case. But Reno knows he’s getting close. And the most critical clue comes from the last person he’d suspect…

The cornice stretched three feet over the sheer face below. There was about fifteen feet of vertical drop before the snow covered slope angled out at forty-five degrees. I inched my skis farther forward, the tips hanging over the void. I was wrong—it was more like twenty feet of mandatory air. And that was the shallowest entry the ledge offered.

I blew out my breath and ignored the sickly sensation of my testicles trying to climb into my stomach. Turning back now would mean a long uphill hike, while the reward for leaping off the cornice was five hundred feet of untracked powder. A slight dip to the left marked the most forgiving launch point. I pushed myself back and sidestepped higher up the ridge. A couple deep breaths, then I released my edges and glided toward the dip.

In a second I launched over the precipice, my hands thrust forward, my knees tucked toward my chest. As I dropped, I could see the distant desert floor of Nevada fall behind the stands of pine and fir at the bottom of the bowl. I extended my legs in the instant before I touched down and absorbed the shock, blinded for a second by a blast of snow. Then I cranked my skis on edge, bounced out of the fluff, and made a second turn through the deep powder. It had snowed about a foot last night, but here the fresh coverage was at least two feet, maybe more. Bottomless under my boots.

Twenty turns to the glade below, my heart pounding, my body disappearing in blasts of powder, the white coating me from head to toe. When I reached the tree line, I skidded to a stop and caught my breath. Then I looked up and admired the S-turns I’d left on the otherwise unblemished slope. Not bad, I thought, smiling at the understatement. Most of the winter storms that blow through the Lake Tahoe region come out of the warm Pacific and dump wet, heavy snow, creating the notorious Sierra cement. But last night’s blizzard swept in from Alaska, bringing colder and lighter snow. As a result, I was in the right place at the right time.

I skated along the terminus of the bowl and turned into the trees when they became sparse enough to allow passage. This was the Nevada backcountry, unpatrolled, accessible by ducking the boundary ropes at the highest elevation of South Lake Tahoe’s ski resort, right at the California-Nevada border. Before me lay 4000 feet of descent to the high desert floor where I’d parked my truck, near Route 207 outside of Gardnerville.

It was slower going now, the terrain interrupted by tangles of deadfall and icy patches where the wind had scoured the surface. I picked my way through it, my skis alternately sinking in powder then chattering and scraping across slick bands of ice. Finally I spotted a clearing—a wide, sweeping snow bank that fell toward a collection of pines hundreds of feet below. I rode the section like a surfer on a wave, turning down off the lip then riding back up, staying high and avoiding a flat area that would likely necessitate a hike.

When I reached the trees below, I entered a broad glade, the trunks spaced at wide intervals, the snow as soft and uniform as a white pillow. The morning sun had just appeared from behind a swath of swift moving clouds, and the snow glittered with pinpricks of light. I took a long moment to take in the scenery, then I picked a line and pushed off into the mild grade. The pristine snow held no surprises, the powder light and consistent, making it easy to find a rhythm. Floating through the trees and leaving a wake of rounded tracks, I become immersed in the splendor of the moment, as if the setting had been created solely for my indulgence.

My grandiose thoughts came to a crashing halt when I came around a tree and my skis rammed into something solid beneath the snow. My binding released with a loud click, and I flew forward and face-planted in a poof of powder.

“Son of a bitch,” I said, wiping the snow from my goggles. I took a quick inventory of my body and found no injuries. Then I crawled back ten feet to where my ski lay. When I pulled it from the snow, the edge caught, probably on a hidden stump, I thought. Then the powder fell aside, and I saw a flesh-colored streak. I froze for a second, certain my eyes were playing tricks on me. Blinking, I used the ski to push away more snow.

“No way,” I whispered, my heart in my throat. A bare shoulder revealed itself, then a snarl of blond hair strung with ice. I reached down with my gloved hand and carefully pushed aside the hair. The face was half-buried, one eye visible, lashes thick with mascara, a blue iris staring blankly. Using both hands like a shovel, I pushed away the bulk of the snow covering the upper body. A sour lump formed in my gut. The body was naked, the skin that of a young woman, perhaps a teenager.

This is a giveaway hosted by Partners In Crime Virtual Book Tours for Dave Stanton. There will be one US winner of 1 $20 Amazon Gift Card. The giveaway begins on September 1st, 2015 and runs through September 31st, 2015. For US residents only.
Stop by the Tour Participants sites to get chances to win copies of Dark Ice & more!
a Rafflecopter giveaway 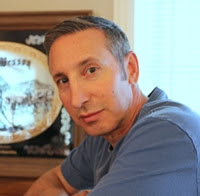 Dave Stanton is the author of five novels in the Dan Reno private eye series. They do not have to be read chronologically to be enjoyed, but for those who want to know, the order is: Stateline, Dying for the Highlife, Speed Metal Blues, Dark Ice, & Hard Prejudice.

Born in Detroit, Michigan, in 1960, Dave Stanton moved to Northern California in 1961. He received a BA in journalism from San Jose State University in 1983. Over the years, he worked as a bartender, newspaper advertising salesman, furniture mover, debt collector, and technology salesman. He has two children, Austin and Haley, and lives with his wife, Heidi, in San Jose, California.

Thank you to Dave Stanton and Partners in Crime Virtual Book Tours for generously offering this book to me for review.
If you’d like to join in on an upcoming tour just stop by their sites and sign up today!

Or Check Out Their Other Tour Participants:

One thought on “New On My TBR List: Dark Ice by Dave Stanton”