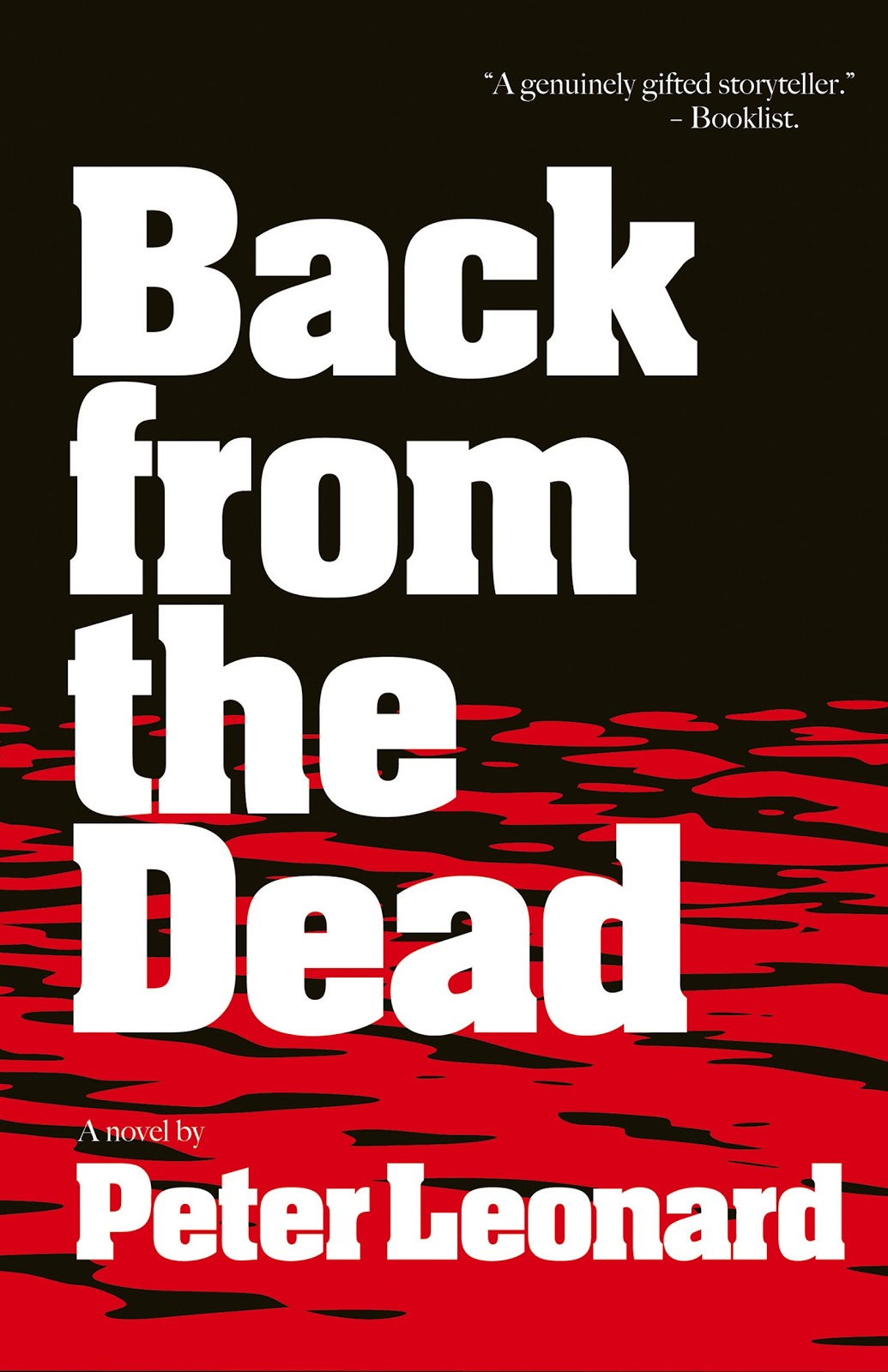 Peter Leonard’s jaw-dropping VOICES OF THE DEAD introduced us to two mortal enemies: Holocaust survivor Harry Levin and Nazi death angel Ernst Hess. Now, their struggle reaches its dramatic conclusion in BACK FROM THE DEAD.

Bahamas, 1971. Ernst Hess, missing and presumed dead, regains consciousness to find himself stuck in a hospital bed on a strange ward in a foreign country. He must do what he needs to do to get his life back and to finish the job he has been doing for decades.

Harry believes he has already stopped Hess. When he finds out that the war criminal has somehow survived, Harry must do the only thing he can do – kill Hess again – even if it means crossing continents and putting his life and the lives of those that matter to him on the line.

Action-packed and darkly humorous, BACK FROM THE DEAD is the unforgettable conclusion to a story that launches Peter Leonard into the pantheon of great suspense novelists.

This was a very hard book for me to read. It just felt so very real. It was non-stop suspense from the first words and eerily realistic.
I don’t know how he does it – but Peter Leonard writes a book that leaves me without words!

Harry pulled in the driveway, parked and went in the side door. He expected to see Colette in the kitchen, starting dinner. She was going to make sauerbraten, potato dumplings and red cabbage, an authentic German meal. He’d been thinking about it all day and he was hungry. Colette was a terrific cook, and that was another benefit of living with her. He threw his keys on the counter, hit the message button on the answering machine. Another one from Galina.

“Harry, you going to call me one of these days?”

No, he said to himself. Walked into the foyer, glanced in the den and moved into the living room. Someone was sitting in his leather chair, legs crossed on the ottoman. The man had dark shoulder-length hair and wore black jeans, a white shirt and a black leather jacket.

“I don’t think you’re a burglar,” Harry said, “or you’d be looking for the silver, so tell me what you’re doing in my house?”

“I stopped by your office. We could have handled it there, but you were too busy to see me,” he said with an accent that sounded like he was from Berlin.

“You buying or selling?”

“For what?” Although Harry had a pretty good idea.

“Where is Ernst Hess?”

“I’d try his estate in Schleissheim or his apartment in Munich. Maybe start by talking to his family and business associates?”

“Safe for now. Tell me about Herr Hess.”

Harry pulled the Colt from under his shirt and aimed it at him. “I’ll tell you what. You want to trade, I’ll trade Colette for you. We can start there, see how it goes.”

“Put the gun away. You are not going to shoot me or you will never find her.”
The guy got up and came toward him. He was tall, six two, six three, and looked like he was in shape. Harry pulled the hammer back with his thumb. “First one’s going to blow out your knee cap. You better hope there isn’t a second one.” That seemed to persuade him. The German froze.

“I’m going to give you another chance. Where’s Colette?”

“Not far from here.”

“I have to call, tell them we are coming.”

“How many are there?”

“We’re going to surprise them,” Harry said. “And if they’ve done anything to Colette, you’re the first one I’m going to shoot. Believe that if you believe anything. Take off your coat, throw it over here and turn around.” He did and Harry checked the two outside pockets of the jacket, found a parking receipt, and a pair of handcuffs. There was also a piece of notepaper that had an address on Crooks Road in Troy and a phone number. “This where they have Colette?”

In the other pocket he found car keys and a small semi-automatic. He ejected the magazine and put it in his pocket. The German had his back to Harry, looking over his shoulder.

“Take off your clothes. I want to see what else you’ve got.”

The German stripped down to his briefs and tossed everything on the floor at Harry’s feet. Harry picked up the man’s pants and checked the pockets, found the key to the handcuffs and his wallet. Opened it, name Albin Zeller from Munich on the driver’s license.

Zeller, with his back to him, didn’t say anything. He was less threatening now in his underwear, thin legs, pale skin that had never been in the sun.

“Why are you looking for Hess?” He didn’t respond.

“You break in, say you want to talk, but you don’t say anything.” Hess was a wealthy man and a member of the Christian Social Union, an important political figure in Germany. Harry could understand why there were people who wanted him found. Hess must have told someone his plans. Otherwise how would Zeller have been able to follow his trail to Detroit? Harry threw him the handcuffs. “Put them on.”

Zeller turned, caught them, clamped them on his wrists. “Where’s your car?”

That wasn’t going to work, walking a handcuffed Nazi in his undies out to the car at gunpoint. “All right, let’s go. We’ll take mine.”

“They are expecting a phone call.”

“Well they’re going to be surprised then, aren’t they?”

“What about my clothes?”

“You’re not going to need them.”

“You drive up to the house they will kill her,” Zeller said.

“Then we won’t drive up to the house.”

Harry was parked in the driveway by the side door. It was 5:30 and almost dark. He led Zeller out, popped the trunk, took his eye off the German for a second and Zeller took off, hurdled the neighbor’s fence like a track star and disappeared. Harry started after him and stopped. Went back to the car, closed the trunk and drove to Troy to find Colette.

Peter Leonard’s jaw-dropping VOICES OF THE DEAD introduced us to two mortal enemies: Holocaust survivor Harry Levin and Nazi death angel Ernst Hess. Now, their struggle reaches its dramatic conclusion in BACK FROM THE DEAD.

Bahamas, 1971. Ernst Hess, missing and presumed dead, regains consciousness to find himself stuck in a hospital bed on a strange ward in a foreign country. He must do what he needs to do to get his life back and to finish the job he has been doing for decades.

Harry believes he has already stopped Hess. When he finds out that the war criminal has somehow survived, Harry must do the only thing he can do – kill Hess again – even if it means crossing continents and putting his life and the lives of those that matter to him on the line.

Action-packed and darkly humorous, BACK FROM THE DEAD is the unforgettable conclusion to a story that launches Peter Leonard into the pantheon of great suspense novelists.

Thank you to Peter Leonard, The Story Plant and Partners in Crime Virtual Book Tours for generously offering this book to me for review.
If you’d like to join in on an upcoming tour just stop by their sites and sign up today!

One thought on “Review: Back From the Dead”