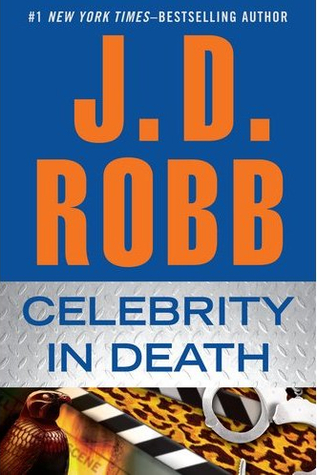 In this thriller in the #1 New York Times bestselling In Death series, Lieutenant Eve Dallas must solve the murder of an actress whose final role was to die for…

Lieutenant Eve Dallas is no party girl, but she’s managing to have a reasonably good time at the celebrity-packed bash celebrating The Icove Agenda, a film based on one of her famous cases. It’s a little spooky seeing the actress playing her, who looks almost like her long-lost twin. Not as unsettling, though, as seeing the actress who plays Peabody—drowned in the lap pool on the roof of the director’s luxury building.

Talented but rude, and widely disliked, K. T. Harris had made an embarrassing scene during dinner. Now she’s at the center of a crime scene—and Eve is more than ready to get out of her high heels and strap on her holster, to step into the role she was born to play: cop.

Hott Review of Celebrity in Death:

Being a celebrity isn’t all its cracked up to be. Between the competition, the angst, and the high-life someone is bound to get hurt.

It can’t be easy to stand for someone you can’t stand. Trying to find the killer of someone who, in life, caused fear and misery wouldn’t be an easy thing to do, but Eve does it anyway. With determination.

I enjoyed Celebrity in Death. It’s definitely not one of my favorite in this series but it’s an ok read. The mystery is intriguing and there are curve balls through to the end. The characters are numerous but fairly easy to track.

It wasn’t as personal as many of the recent books in this series. And while acceptable I felt disconnected from the characters I love. Plus, the language was unnecessarily foul.

More about Treachery in Death: