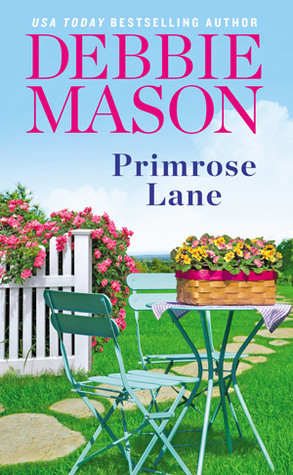 Love is the best medicine

Olivia Davenport has finally gotten her life back together. She’s left her painful past behind, started over in a new town, and become Harmony Harbor’s most sought-after event planner. But her past catches up to her when Olivia learns that she’s now guardian of her ex’s young daughter. With her world spinning, Olivia must reconcile her old life with her new one. And she doesn’t have time for her new next door neighbor, no matter how handsome he is.

Olivia may act like she’s got everything under control, but Dr. Finn Gallagher knows a person in over her head when he sees one. He’d really like to be the shoulder she leans on, but Olivia makes it clear she doesn’t want his help. Since he’s returned to town, his waiting room has been full of single women feigning illness. Yet the one woman he’s interested in is avoiding him. But with a little help from some matchmaking widows and a precocious little girl, Finn might just win Olivia over.

BONUS: Includes a complete novel from BookShots Flames! The McCullagh Inn in Maine by Jen McLaughlin

The ultimate betrayal. Trying to put myself into Olivia’s shoes was inconceivable. Just the mere thought of some of what she’d gone through was heartbreaking but, to have gone through all of that in such a short amount of time was miraculous.

Watching Olivia defy the odds, overcome her past, and be what her new daughter needs just made my heart burst with love. It was hard to remember this was fiction. I just wanted to go help.

I loved Primrose Lane and found myself purposefully reading more slowly and putting it down to prolong the time I got to spend with this wonderful family!

Dr. Finn Gallagher found himself at the clinic on Primrose Lane, wondering what the hell he’d gotten himself into.
In the seven and half hours he’d been there, he’d seen forty-five patients. Only five of whom actually had something physically wrong with them. All five were female and under the age of sixteen. As far as he could tell, not one of them was interested in marrying him.
The other forty had nothing wrong with them. And, as far as he could tell, were very interested in marrying him. If they weren’t, their grandmothers and mothers were. Interested in him marrying their daughters and granddaughters, that is.
At the beginning of the day, it was kind of amusing, even a little flattering. But by 10:45 it had gotten old and annoying. It didn’t help that he kept thinking of the patients he saw while working with Doctors Without Borders. Those people needed him, desperately. They weren’t fake coughing or complaining about phantom chest pains. They were sick and hungry, wounded and scared. They weren’t spoiled and whiny and ungrateful.
He winced at his unflattering characterizations and intolerance. While there was some truth to his observations, the throbbing ache in his leg injury was making him grumpy. Knowing his father had been right and Finn wasn’t ready to go back to the Congo wasn’t doing much to improve his mood.
Sherry, Doc Bishop’s nurse and a woman Finn had dated in high school, opened the door to the closet-sized office. “Pain hasn’t let up, has it?” she asked with a compassionate smile.
“I’m good. Just had to return a couple of phone calls.” He set down the cold cup of coffee he hadn’t had a chance to drink, removed the ice pack from his knee, and surreptitiously hid it behind the welcome-to-the-clinic plant from the staff, which Finn now mentally referred to as the matchmaking clinic from hell. He pushed to his feet with a closed-mouth smile that hopefully hid his clenched his teeth from Sherry’s observant gaze.
“Really? I rescheduled Molly, Sally, and Karen’s physicals to tomorrow, but if you’re okay to see—”
“No, tomorrow’s good. On second thought, why don’t you schedule them with Doc Bishop? They’ve been going to him for twenty years. I’m sure they’d be more comfortable—”
“They would be or you would?” she said with a laugh, and then proceeded to share way too much information about all three women before adding, “Dr. Bishop won’t be in tomorrow. Mrs. Fitzgerald invited him to make up a foursome, remember?”
Finn rubbed his jaw. “I’m not sure that’s something you should share—”
She made a ha-snort sound and then cuffed him on the shoulder. “Not that kind of foursome, silly. They’re playing golf.” She ha-snorted again. “It’s no wonder that’s where your mind went after the offers you’ve had today. Kerry will get a good laugh over that one.”
If Sherry had her master’s in gossip, Kerry, the receptionist, had her PhD. Finn figured he’d provided them with enough to talk about for a month at least. He lifted his chin in the direction of the examination rooms. There were five. “Who’s next?”
“I cleared out the waiting room of all but legit complaints, so you only have four. Patient number one won’t take long. She just needs her script renewed.” She handed him a file.
He looked at the name and handed it back. “Might be better if Doc Bishop sees Ms. Templeton.”
“He left early. Mrs. DiRossi invited him for dinner, and I think he wanted to get spiffed up.” Sherry frowned and looked from Finn to examination room number one. “Is there a reason you don’t want to see Dana?”

Debbie Mason is the USA Today bestselling author of the Christmas, Colorado series. Her books have been praised for their “likable characters, clever dialogue and juicy plots” (RT Book Reviews). She also writes historical paranormals as Debbie Mazzuca. Her MacLeod series has received several nominations for best paranormal as well as a Holt Medallion Award of Merit. When she isn’t writing or reading, Debbie enjoys spending time with her very own real-life hero, their four wonderful children, two adorable grandbabies, and a yappy Yorkie named Bella.