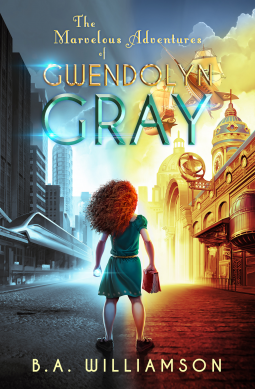 Gwendolyn Gray faces an overwhelming battle every day: keeping her imagination under control. It’s a struggle for a dreamer like Gwendolyn, in a city of identical gray skyscrapers, clouds that never clear, and grown-ups who never understand.

But when her daydreams come alive and run amok in The City, the struggle to control them becomes as real as the furry creatures infesting her bedroom. Worse yet, she’s drawn the attention of the Faceless Gentlemen, who want to preserve order in The City by erasing Gwendolyn and her troublesome creations.

With the help of two explorers from another world, Gwendolyn escapes and finds herself in a land of clockwork inventions and colorful creations. Now Gwendolyn must harness her powers and, with a gang of airship pirates, stop the Faceless Gentlemen from destroying the new world she loves and the home that never wanted her—before every world becomes gray and dull.

I have to admit, I’m becoming more and more enamored with JollyFish Press. It’s gotten to the point that, if I see their name in the publisher field, I don’t even bother reading the description, because I know I’m going to love the book!

What I liked: The Marvelous Adventures of Gwendolyn Gray is such a fun book!! Once I picked it up, I couldn’t put it down, and as soon as I put it down, I purchsed copies for my middle-grade readers (& older) because I knew they’d love it too.

This adventure is terrific. Every time I thought it was close to the end & our heros had won another wrench was thrown in and the Mister Men showed up again!

What I didn’t like: There were a few moments, actions, phrases that some may deem objectionable. Obviously it depends on who is reading the book but I thought it was handled in an age appropriate manner. For example, “a highly inappropriate finger was shown” it’s tactful but still playful & definitely allows for the nastiness of the antagonsit to shine through without making the book dark. 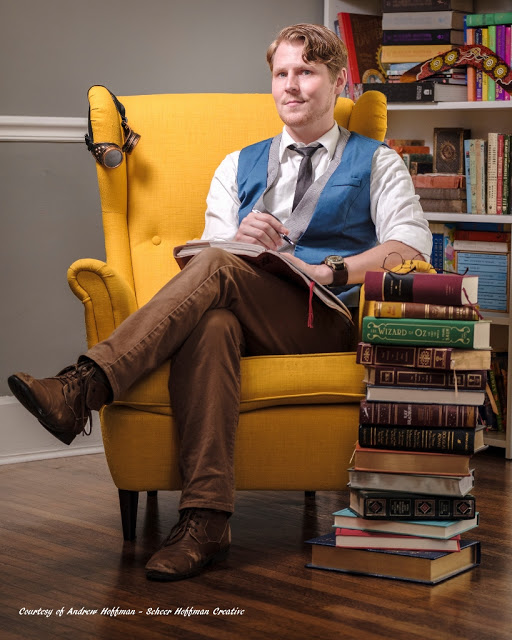 B. A. Williamson is the overly caffeinated writer of The Marvelous Adventures of Gwendolyn Gray. When not doing battle with the demons in the typewriter, he can be found wandering Indianapolis with his family, singing in a tuxedo, or taming middle-schoolers. He is a recipient of the Eli Lilly Teacher Creativity Fellowship.

Please direct all complaints and your darkest secrets to: