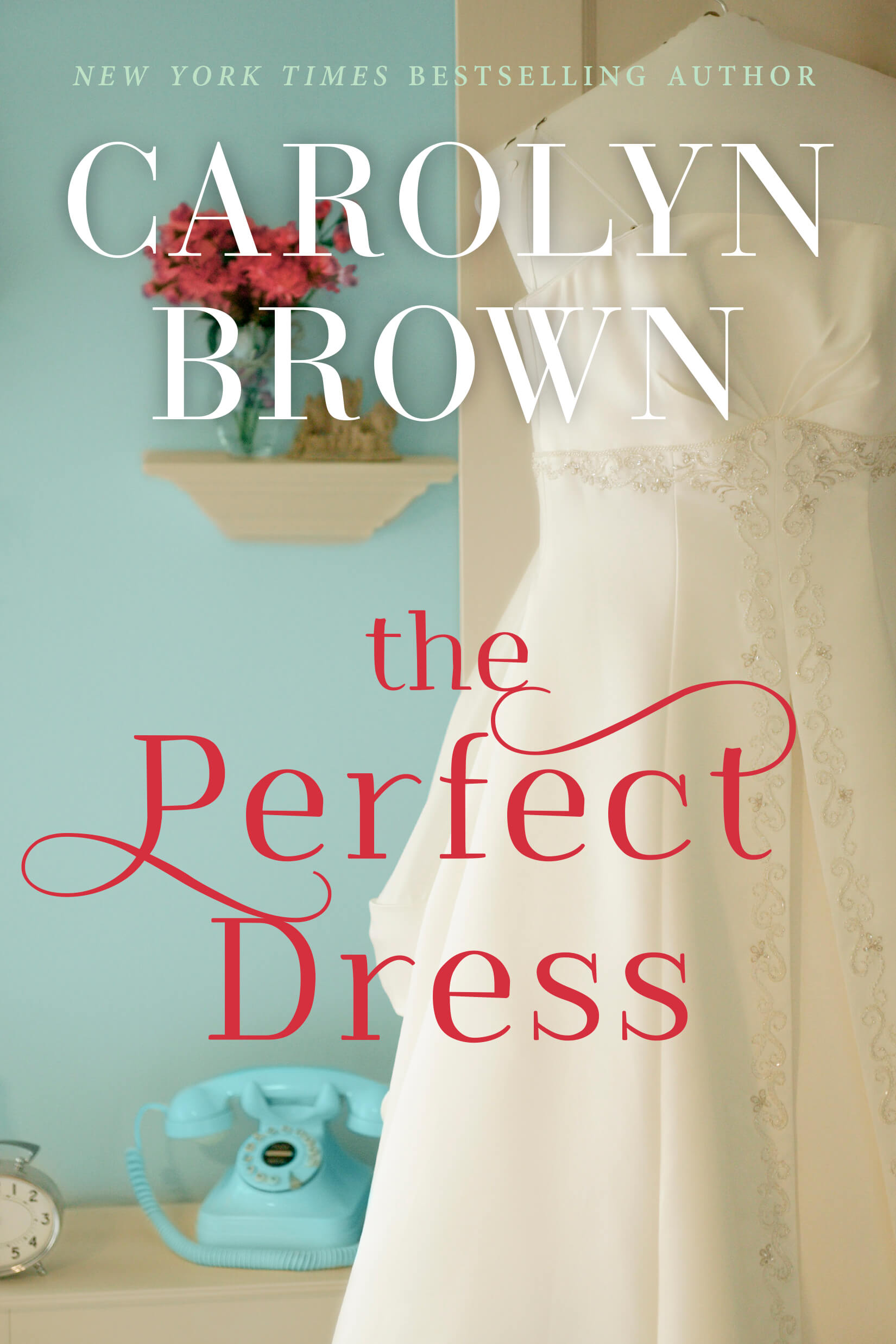 In the small town of Celeste, Texas, Mitzi Taylor has never quite fit inside the lines. Nearly six feet tall, flame-haired, and with a plus-size spirit to match every curve, she’s found her niche: a custom wedding-dress boutique catering to big brides-to-be with big dreams. Taking the plunge alongside her two best friends, she’s proud they’ve turned The Perfect Dress into a perfect success.

Just when Mitzi has it all pulled together, Graham Harrison walks back into her life, looking for bridesmaid dresses for his twin daughters. A still-strapping jock whose every gorgeous, towering inch smells like aftershave, the star of all Mitzi’s high school dreams is causing quite a flush.

For Mitzi, all it takes is a touch to feel sparks flitting around her like fireflies. She can just imagine what a kiss could do. Graham’s feeling it, too. And he’s about to make that imagination of Mitzi’s run wild. Is it just a hot summer fling, or are Mitzi’s next designs for herself and seeing her own dreams come true?

As women we’re so caught up in how we look and what size we wear it’s amazing we’re able to get past that to get to the heart of the matter – our hearts.

The Perfect Dress 👗 made me laugh, cringe, and cry. Some of these people are so hateful sure some of it is size shaming but some of it is just nastiness.

As a book, The Perfect Dress was amazing. It was fun, authentic, and heart-moving. The characters and their love for each other is something you’ll envy forever.

Author: Carolyn Brown
Source: Montlake Romance via NetGalley (An ARC ebook of The Perfect Dress was loaned to be when I requested it.)
Publisher & Date: April 16th 2019 by Montlake Romance
Genre: Contemporary Romance
ISBN: 1503905276 (ISBN13: 9781503905276)
Pages: 304
Grade: A
Ages: 18+
Steam: Adult | due to some foul language and frank girlfriend conversations
Setting: Celeste, Texas

Mitzi rushed back to the sewing room, where the hum of two sewing machines filled the air. “Graham Harrison just came in the shop to set up an appointment for his two daughters. He said they only live a few houses up the street from us. He looked like a bull in a china shop sitting on that pink sofa. And of course he didn’t even recognize me, but I sure knew him the minute I laid eyes on him.”

At the mention of that name from the past, work jolted to a halt.

“All the girls in high school swooned over him, including Mitzi, but she hasn’t told us if he’s still as sexy as he was back then.” Jody took a bowl of salad from the fridge along with a plate of vegetables that she stuck into the microwave to heat.

“Smart girl,” Fanny Lou said. “Life is short. Eat dessert first. So you had a little crush on Graham?”

“Everyone did,” Mitzi answered.

“Not me. I was always in love with Lyle,” Jody said.

“Well, according to what I heard at the church bake sale today, Graham moved his daughters here to Celeste because they were being fat shamed down in Greenville. One of them knocked a girl on her butt, blacked both eyes, and bloodied her nose with one punch. It was the last day of school and they said they were going to suspend her for the first two weeks of next year for fighting,” Jody said.

“She should get a medal, not suspended,” Mitzi fumed.

Fanny Lou took a gallon jug of sweet tea from the fridge. “Who all wants a glass?”

She filled four glasses with ice and then tea and carried them to the table. “I remember when he went to work for his dad at the Cadillac dealership—right after he and Rita got married. His dad gave him a job on the lowest level, and he had to work his way up. Rita was furious because she thought they’d get a big house and a new Caddy every year. Stupid woman figured since his folks had money that he had an open bank account.”

Paula took the ham and cheese containers from the fridge while Mitzi pulled a loaf of bread from the cabinet. “You eating with us, Granny?”

“I’ll eat with you and Paula, but I don’t want any of that stuff Jody is having. I don’t eat fake meat. I’ll eat what I want and die when I’m supposed to. Slice some of them tomatoes I brought in here earlier. And I’d rather have bologna instead of ham and mustard instead of mayo,” Fanny Lou answered.

“I was thinking the same thing.” Mitzi set about making three sandwiches.

So Graham was divorced and raising girls on his own. Bless his heart for getting them away from a school that bullied them because of their size. Mitzi could relate to the girls. But then, so could Jody and Paula. She’d always figured that Jody adopted her own modern-day hippie style to combat those feelings of insecurity. Paula had retreated into superstition. Mitzi had just plowed her way through emotions and other kids, spending a lot of time in the principal’s office for fighting.

She pushed all that to the back of her mind, put the sandwiches on plates, and carried them to the table. “Y’all know that this job for Ellie Mae could turn into a big thing. I bet her older sister will be the maid of honor and her mother will want a fancy dress.”

“That’s what you’re in business for, isn’t it?” Fanny Lou said. “Man, this brings back memories. Friday night was bologna sandwich night when I was a kid.”

“Because Mama always cleaned house on Friday, and she didn’t have time to make a big meal,” Fanny Lou answered.

“Funny how an hour of beading takes forever and our noon hour goes so fast.” Jody pointed to the clock.

“Good Lord!” Fanny Lou finished off her sandwich and grabbed a cookie. “I’ve got an appointment with my CPA at one and it’s a fifteen-minute drive to Greenville. See you girls later. You have my permission to flirt with Graham, Mitzi.”

Mitzi’s cheeks began to burn. “I had a teenage crush on him. I’ve grown up since then.”

Fanny Lou winked as she headed for the door. “Paula, since you live with Mitzi, I’m putting you in charge of being sure she takes her birth control pills every morning.”

Mitzi felt even more heat in her cheeks. “Granny!”

“When you get old you get to say whatever the hell you want to.” Fanny Lou closed the door behind her. 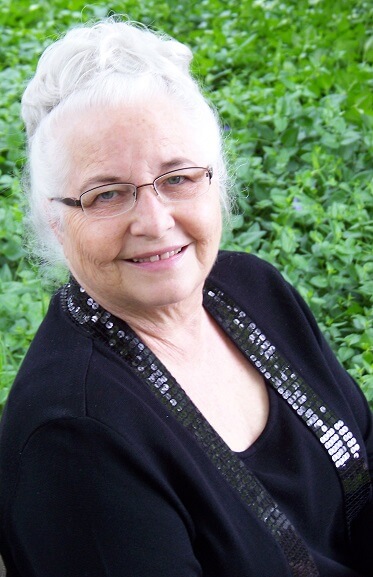 Carolyn Brown is a New York Times, USA Today, Publisher’s Weekly, and Wall Street Journal bestselling author and a RITA finalist with more than ninety published books. Her genres include romance, history, cowboys and country music, and contemporary mass-market paperbacks. She and her husband live in the small town of Davis, Oklahoma, where everyone knows everyone else, knows what they are doing and when . . . and reads the local newspaper every Wednesday to see who got caught. They have three grown children and enough grandchildren to keep them young.