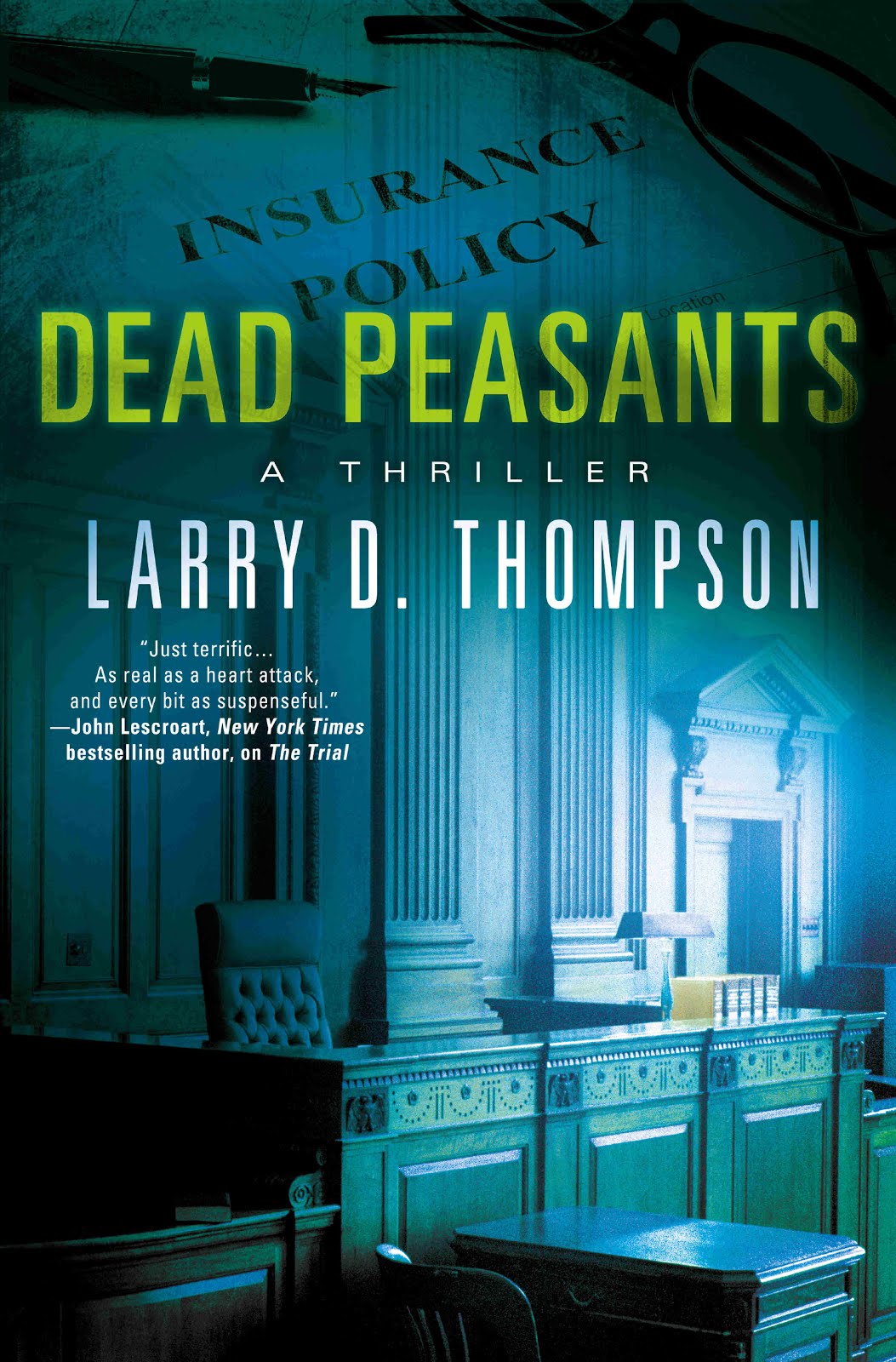 Lawyer Jack Bryant retires early to Fort Worth to kick back, relax and watch his son play football at TCU. Bored with retirement he opens a pro bono office in his RV. When Jack finds an elderly widow at his doorstep, clutching a check for life insurance proceeds on her husband but payable to his former employer, Jack files a civil suit to collect the benefits rightfully due the widow. A seemingly accidental death of his client’s husband thrusts Jack into a vortex of serial killings. He and his new love interest find themselves targets in the same murder for hire scheme. To stop the killings Jack must unravel what in their past makes certain people worth more dead than alive.

The knock at the door of the RV was so soft that at first Jack thought it must have been the wind. It came again. He rose from his chair and opened the door. An elderly black lady who he recognized as June Davis stood at the bottom of the steps.

“Mrs. Davis, I’m sorry. I didn’t hear you at first. Please come in. It’s chilly out there for early May.” Jack went down a step and extended his hand to assist his visitor, then offered her something to drink.

June perched on the edge of the cushioned bench that circled the table. “Water would be nice,” she said in a soft voice.

“How are you doing, Mrs. Davis? I mean since your husband died have you been managing okay?”

“I’m fine, Mr. Bryant. My house is paid for and I get a little social security check. Besides, my kids look after me.” She reached into her purse and retrieved an envelope which she slid across the table to Jack. “This came in the mail, addressed to me. I, I wasn’t sure what to do with it; so, I called Miss Colby. She said I should take it to you.”

Jack picked up the envelope. The return address was the United States Postal Service. He opened it and found another envelope, this one torn and mangled with the addressee illegible. The letter from the postal service read, Dear Mrs. Davis: One of our sorting machines jammed and mangled this letter. We apologize for the problem. Your name was the only one we could make out on the letter, and we were able to get your address. Please handle as you see fit. Very truly yours.

Jack looked at the mangled letter. It was from Euro Life Insurance Company, based on the Isle of Gibraltar. It stated that Euro had determined that one William Davis was married to June Davis. Under the terms of the policy, since it paid double indemnity in the event of an accidental death, the benefit was $400,000, payable to Allison Southwest. Jack looked through the documents a second time before he looked up.

“Lawdy, no, Mr. Bryant. Willie only made $20,000 a year. Why would anyone insure him for that kind of money? Besides, he retired from Allison fifteen years ago.”

“Good question. Let me keep these papers and the check. I’ll get back to you in a couple of days.”

Larry D. Thompson is a veteran trial lawyer and has drawn on decades of experience in the courtroom to produce riveting legal thrillers. Dead Peasants is is third After graduating from the University of Texas School of Law, Thompson founded the Houston trial firm where he still serves as managing partner. The proud father of three grown children, he lives and works in Texas but spends his summers in Colorado, where he crafts his novels and hikes the mountains surrounding Vail. His greatest inspiration came from Thomas Thompson, his brother, who wrote many best-selling true-crime books and novels.

Follow the tour & you could win your own copy:

Thank you to Larry Thompson and Partners in Crime Virtual Book Tours for generously offering this book to me for review.
If you’d like to join in on an upcoming tour just stop by their sites and sign up today!

One thought on “Showcase: Dead Peasants”