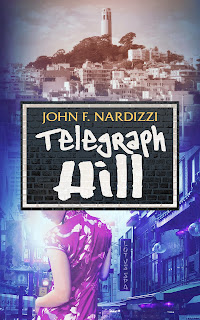 In Telegraph Hill, private detective Ray Infantino searches for a missing girl named Tania. The case takes him to San Francisco, the city he abandoned years ago after his fiance was murdered. Thrust into his old city haunts, Ray finds that Tania may not be lost at all. Tania saw a murder; and a criminal gang, the Black Fist Triad, wants to make sure she never sees anything again. Ray enlists help from an old flame, Dominique, but now he has three women on his mind.

Meeting with various witnesses-ex-cops, prostitutes, skinheads-he relentlessly tracks the evidence. But the hunt for Tania fires his obsession with avenging the murder of his fiance. When the triad retaliates, and blood begins to flow, Ray must walk the knife edge between revenge and redemption on the streets of San Francisco.

Jones was halfway down on the left side, a boxy, blue thirty-unit apartment building with Victorian adornments long since left to rot. The building was in a neighborhood on the lower section of Jones. It was the perfect spot for vice, where the steaming muck of the Tenderloin lapped the shores of Nob Hill decency.

The steel security door was ajar. Ray slipped inside and looked at the mailboxes. Apartment 12 was labeled “resident,” with no name listed. A sure sign of criminal activity. The inner door was locked. Ray paused and picked up a newspaper, loitering in the hall. He thought he loitered well. He was considering the next spoke in the investigative wheel when the inner door opened and an Asian woman in jeans and a red leather jacket stepped out. She held the door. Thanking her, Ray entered.

The hallway was painted institutional white. Wall sconces with flame-shaped amber bulbs cast a lurid hue. Debris littered the hallway: bottles with cigarette butts sloshing in the swill, condom wrappers, coffee cups. A sign on the wall read:
Management will not help settle gambling debts. Gamble at your own risk. Manager.

He geared up for the upcoming interview. Numerous scientific studies had been conducted in the field of psychology regarding the detection of deceptive behavior. For a time, experts taught that if a person’s eyes shifted right, he was creating a visual response (and therefore presumably lying); if the person looked left, he was recalling an actual event (and thus most likely telling the truth). Newer studies had concluded that these eye movement theories were utter crap. If a man blinked, he was nervous, or stressed, or he had a gnat caught under his left eyelid; if he sweated profusely, he was lying, or possibly had lived for several years in Finland.

The heavy wooden door of apartment 12 was straight ahead. 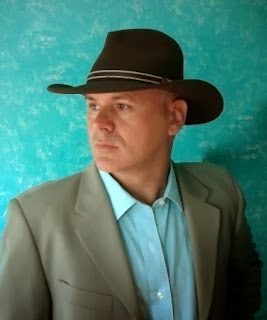 In May 2003, John founded Nardizzi & Associates, Inc., an investigations firm that has garnered a national reputation for excellence in investigating business fraud and trial work. His investigations on behalf of people wrongfully convicted of crimes led to several million dollar settlements for clients like Dennis Maher, Scott Hornoff and Kenneth Waters, whose story was featured in the 2010 film Conviction