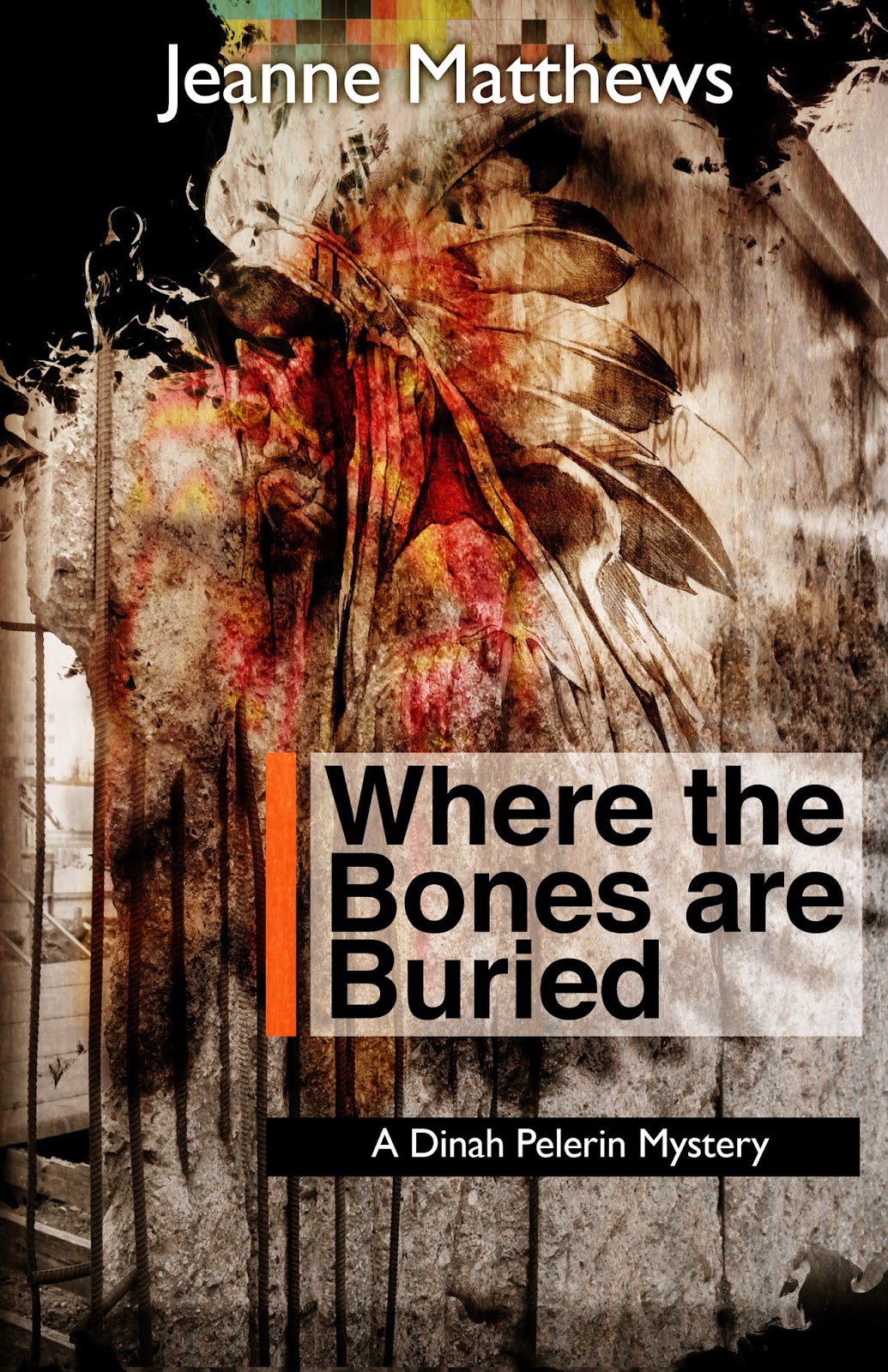 Dinah Pelerin has finally put her life in order. Living in Berlin with her boyfriend Thor, she has landed a job teaching Native American cultures at the university. She’s never felt happier. And then her Seminole mother Swan shows up with a crazy scheme to blackmail a German tax dodger and dredges up a secret Dinah has kept hidden from the IRS and from straight-arrow Norwegian Thor, a former cop now with hush-hush international duties.

Germans harbor a century-long fascination with the American Wild West and American Indians. Some enthusiasts dress up as Indians and adopt Indian names. Like Der Indianer Club which has invited Swan to a powwow where she plans to meet her blackmail victim. Dinah tries to head her off, but arrives at the scene too late. A man has been killed and scalped and Swan quickly becomes the prime suspect. Torn between love for her mother and dismay at her incessant lies, Dinah sets out to find the killer—hoping the killer doesn’t turn out to share her DNA.
But Swan isn’t the only liar. Everyone is lying about something. Margaret, Swan’s dead ex-husband’s former wife, come to the city with Swan. Dinah’s teen-age “ward.” Thor. Especially Dinah. Ghosts of Germany’s terrible history haunt Berlin while she faces exorcising a hateful ghost of her own.

Dinah Pelerin wasn’t used to waking up happy and it scared the daylights out of her. She pulled the blanket to her chin and snuggled close under Thor’s arm. They had known each other for almost a year, but had moved in together just three weeks ago. With every passing day, her confidence grew that she’d made the right decision. She cared about him more than she’d cared about anyone in a very long time, but the people she cared about had a habit of turning into liars or dying. Thor was too honest to lie.

She said, “I wish you didn’t have to go. It’s not fair. I haven’t learned my way around the city yet and the only person I know besides you is the wacko across the hall.”

“You have a dozen Berlin guide books and street maps and Geert isn’t a wacko. He’s the resident caretaker. If the lights go off or the furnace dies, tell him and he’ll take care of the problem. Anyway, I’ll only be away for five days. Norwegian Intelligence can’t function without my unerring wisdom.”

“Can’t you send your unerring wisdom to them in an email?”

“I’m glad you’ll miss me, kjære, but I have my orders.” He looked at his watch and sat up. “I need to be at the Embassy in an hour. I’m picking up two diplomats who will join me on the flight to Oslo.”

“Just my luck to fall for a latterday James Bond, forever charging off to save the nation.” She placed a hand over her heart. “I could not love thee dear so much loved I not honor more.”

He kissed her in a particularly melting way, then rolled out of bed abruptly and headed for the shower. “Hold that thought.”

He didn’t hear. The bathroom door snicked shut and she slipped on her robe and padded into the kitchen to make coffee. Rain pelted against the windowpanes and the pedestrians on the Niederwallstrasse down below carried umbrellas and wore their collars turned up like KGB operatives. Until the Wall fell in 1989, this street and the area for miles around was Soviet-dominated East Berlin. Since that time, the Germanys had reunified and Berlin had reinvented itself as the cultural and financial hub of Europe. The only thing that hadn’t changed was the KGB weather.

She shivered. If September was this cold and dreary, she didn’t want to think what winter would bring. But in spite of the gloom, she’d never felt so happy. It seemed that the stars had aligned and for the first time in living memory, every aspect of her life clicked perfectly. Thor was wonderful, her new job as guest lecturer on Native American cultures at Humboldt University was a plum, and the weather aside, Berlin was one of the most exciting cities she’d ever visited. She tried to put the thought of all this happy synchronicity out of her mind lest the gods grow jealous and snatch it away.

She brought in the International Herald Tribune, poured herself a mug of the local Einstein brew, and sat down at the kitchen table to read about the turmoil in Greece and Pakistan and Kenya. The world seemed fragmented, a jigsaw of violent factions that refused to fit together and fanatics willing to do anything in furtherance of their cause. She worried about Thor’s work carrying out counterterrorism missions on behalf of his native Norway. He’d almost been killed in Greece last June while investigating a ring of arms traffickers. She had encouraged him to go to law school or return to a less hazardous police job in Norway. But he was a patriot and he craved adventure. She had learned not to try and argue him out of his dream job as an international sleuth.

He breezed into the room in a dark suit and tie, bringing with him the ferny scent of Fitjar soap. With his deep brown eyes and almost black hair, he did look a bit Bond-like – a cross between Sean Connery and Genghis Khan. He was descended from the Sami people of Arctic Scandinavia and he loved cold weather as much as she hated it. He poured himself a cup of coffee and glanced out the window. “Museum weather. You should go to the Pergamon this afternoon. The Gates of Ishtar will start your anthropologist’s juices flowing.”

“And there’s a market in the platz with local fruits and vegetables and flowers.”

“I’ll check it out.” His tie didn’t need straightening, but she pretended it did, standing ready for a kiss that would have to last her for five days. “I’ll probably spend the day preparing for my first class. I know that most Germans speak English and the ones who sign up for my class will be fluent, but I don’t want to use too many Americanisms or too much jargon.”

“Most Germans under the age of fifty have studied English in school. Even those who say they speak ‘only a little English,’ can talk politics like a senator, which by the way is the German word for senator.”

He was so relaxed and reassuring. Too relaxed? She felt a frisson of superstitious fear. “You will be careful, won’t you? Don’t let the bad guys sneak up on you.”

Her iPhone erupted in a concatenation of percussive plinking.

Thor took a quick swallow of coffee and set down his mug. “Answer your xylophone. I’ve got to run.”

“No, wait…” she turned toward the phone.

“I’ll call you.” His kiss landed in her hair somewhere in the vicinity of her left ear and he hurried out the door.

Frustrated, she picked up the phone. “Hello.”

“Dinah, is that you? It’s your mother. Your friend Margaret and I are in the Hartsfield Airport in Atlanta waitin’ for our flight. What’s that number, Margaret? Here it is, Air France, seven seven-oh. Don’t we change planes somewhere, Margaret?”

“What? Good heavens, that’s too little for me to read, Margaret. Anyhow, we’ll be arriving this evenin’ at…what? Can that be right? All right, tomorrow evenin’ at eight-thirty at TXL, which we think is the name of the airport. If you can come get us and put us up for a few days, that’ll be just lovely.”

Dinah fought back a groan. “How long do you plan to be here?”

“That depends, baby. We have a little detective job we need you to help us with.” 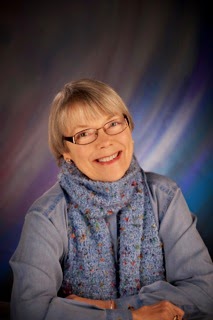 Jeanne Matthews was born and raised in Georgia. She graduated from the University of Georgia with a degree in Journalism and has worked as a copywriter, a high school English and Drama teacher, and a paralegal. She currently lives in Renton, Washington with her husband, who is a law professor.

This is a giveaway hosted by Partners In Crime Virtual Book Tours for Jeanne Mathews & Poisoned Pen Press. There will be one winner of 1 Box of Poisoned Pen Press books including Where the Bones Are Buried. The giveaway begins on Feb 28th, 2015 and runs through April 3rd, 2015. Tour Reviewers are also eligible to host their own giveaway for an ebook copy of Where the Bones Are Buried. All individual giveaway winners must be sent to Gina at Partners in Crime no later than April 3, 2015.
a Rafflecopter giveaway