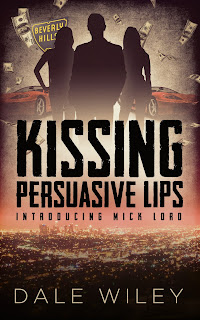 Mick wouldn’t be out long, he thought, and sure enough, his eyes started to flutter. He would say what he intended to say, pull the gun out of his waistband, shoot Mick, then himself. But he had a need to tell Mick why he was being shot, just like a monologuing super villain. Mick had ruined his life, and he needed to know who was pulling the trigger and why. (Kindle Locations 160-164).

Mick Lord had the world by the tail until his beautiful wife died. He was young, rich and handsome, a star in Hollywood and in the banking world. But when his wife was killed by a five-time loser driving drunk, everything changed. Mick is trying everything to tempt death, but nothing’s working. He’s even on an uncanny gambling streak that is just making him richer.

When Mick is attacked by a man claiming that Mick “stole” his home, Mick discovers that the company he sold his banks to has been forging his name in order to kick people out of their houses. Beautiful Kinley Baron wants him to keep quiet, but that’s against everything Mick stands for. And when a rich old man maims a young woman right in front of him, Mick decides to use his fortune and his desire for death to settle some scores.

There is a Giveaway…

This is a giveaway hosted by Partners In Crime Virtual Book Tours for Dale Wiley. There will be 3 U.S. winners of a kindle ebook copy of Kissing Persuasive Lips by Dale Wiley. The giveaway is open to US residents only. The giveaway begins on July 5th, 2015 and runs through July 31st, 2015.
a Rafflecopter giveaway