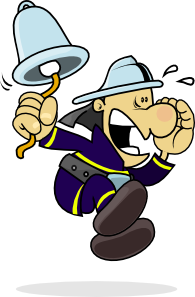 Hubby and I were arguing. Oh, it wasn’t your typical argument. It was one of those crazy arguments that make no sense whatsoever.

You see we had signed our son up for soccer — I know you’re shocked, right? And the coach was, well lets say he was less than we hoped. He just wasn’t at all what we wanted our son to have. He was critical, he was rude, and he wasn’t well he wasn’t coaching with a Christian attitude.

Now, Hubby and I tried really hard to protect my children but there are times when I think that they need to let life kick them in the rear end. This was one of those times.

Hubby on the other hand thought that we should pull our son from the team — it was a very very difficult decision for both of us. We had to decide whether we wanted the team to remain intact or remove our son from this difficult situation. A situation our son could not win. Do we protect him or do we let him make his own decision?

I really wanted my son to have an experience dealing with someone who for absolutely no reason just did not like him and was ‘out to get him’. I believe it’s important to allow your kids to be in situations that make them uncomfortable while you’re still there to protect them and help them deal with it.

Let’s not let our children leave our home completely unprepared for real life! Let’s give them the strength and the love that they need to be a proper person a responsible person and a loving person.

6 thoughts on “The Great Parent Debate”