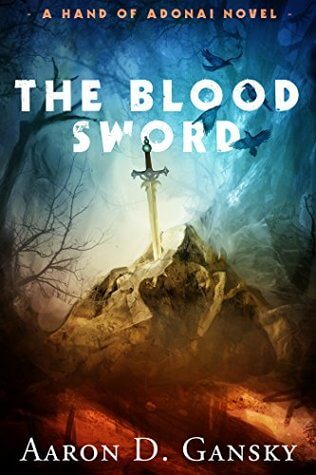 Soon after their defeat of the abomination Belphegor, the Hand must turn their attention to the Blood Sword, an ancient, cursed blade. Securing the deadly artifact is the next step in their quest to find a way back to their home in North Chester. But the task is far from easy. Erica soon sets out with Ullwen of Varuth, a staunch ally, on a quest to find her parents, leaving the others to search for the blade on their own.

The search for the Blood Sword eventually leads the Hand to Yarborugh, the Nameless Heir, a drunken half-dwarf, and Langley of Errul, a contentious half-elf politician. Together, the group of five plumb the depths of an ancient elf military post crawling with corpses to attain the cursed blade. Meanwhile, Erica and Ullwen must find a way to infiltrate Alrujah, a city that shares the paranoia of its ailing king. As animate statues wield terrifying magic, the group faces certain death.

I loved reading The Blood Sword. The action and adventure was non-stop to the last word and I can’t wait for the next book!!

I especially enjoyed how The Blood Sword was not only more adventurous – which my teens loved – but also showed the growing relationship each of the characters has with Adonai. In this way there was more fighting but it was also more emotional.

The only detraction for me is that I think it would be difficult to read The Blood Sword without reading The Book of Things to Come first and there is a bit of a cliffhanger 🙁 so you’re definitely not going to want to skip book three. BUT… one you start you’re not going to want to stop reading anyway, sooo…. it’s not a huge problem.

I can’t wait to read book three in The Hand of Adonai series. So much was revealed in The Blood Sword but there is still a battle to be won and hearts to heal. 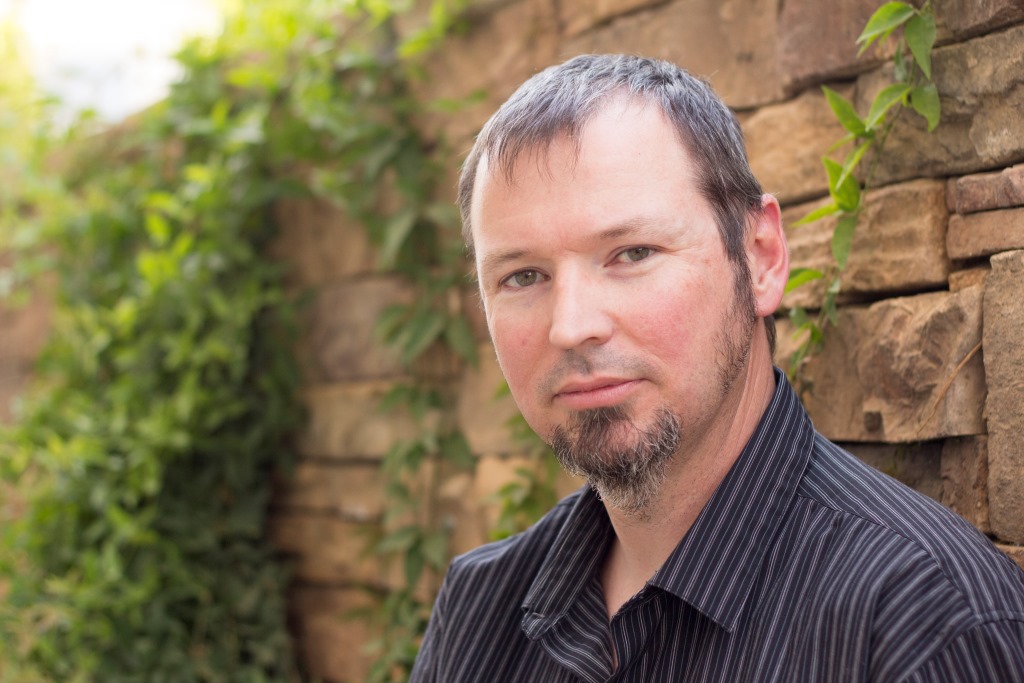 In addition to being a loving father and husband, Aaron Gansky is an award-winning novelist, teacher, and podcast host. In 2009, he earned his M.F.A in Fiction at the prestigious Antioch University of Los Angeles, one of the top five low-residency writing schools in the nation. Prior to that, he attained his Bachelor of Arts degree in English with an emphasis in Creative Writing from California State University of San Bernardino, where he studied, in part, under Bret Anthony Johnston, now the Director of Creative Writing at Harvard University.

His first novel The Bargain (2013, Lighthouse Publishing of the Carolinas) was a finalist for the Selah Award for debut novel. Two years later, The Book of Things to Come (2015, Brimstone Fiction), the first book in his Hand of Adonai YA Fantasy series, won the Selah Award for YA Fiction. He has written two books on the craft of fiction; Firsts in Fiction: First Lines and Write to Be Heard (with Diane Sherlock).

As a Creative Writing teacher in California, he brings his expertise on the craft to several writing conferences around America where he speaks on a variety of topics.

In 2013 he began his Firsts in Fiction Podcast with Steve McLain. Shortly after, Heather Luby joined the line up. Lately, he chats with his father, novelist Alton Gansky, about elements of the craft . Each week they dispense practical, in-depth analyses of how to write powerful fiction.

Catch up with Aaron: