It is fall in Philadelphia and the mutilated body of a man has been found in one of the poorest neighborhoods of the city. The victim’s forehead and eyes are wrapped in a band of white paper, sealed on one side with red sealing wax. On the other side is a smear of blood in the shape of a figure eight. The victim has been roughly and violently shaved clean — head to toe — a temporary tattoo on his finger.

As another brutalized body appears, then another, it becomes horrifyingly clear that someone is re-creating unsolved murders from Philadelphia’s past in the most sinister of ways.

And, for homicide detectives Kevin Byrne and Jessica Balzano, the killer is closer than they think…

“This tale had me gripped by the throat, unwilling to do anything but anxiously turn the pages. Richard Montanari’s writing is both terrifying and lyrical, a killer combination that makes him a true stand-out in the crowded thriller market. The Echo Man showcases a master storyteller at his very best.” -Tess Gerritsen, bestselling author of The Silent Girl

“Richard Montanari’s The Echo Man continues his work as a writer whose prose can capture quite extraordinary subtleties. When a man’s facial expression is described as “not the look of someone with nothing to hide, but rather of one who has very carefully hidden everything,” we know we are in good hands, and with The Echo Man, we are in the hands of one of the best in the business”. – Thomas H. Cook, bestselling author of Red Leaves

For every light there is shadow. For every sound, silence. From the moment he got the call Detective Kevin Francis Byrne had a premonition this night would forever change his life, that he was headed to a place marked by a profound evil, leaving only darkness in its wake.

Byrne glanced at Jimmy. Detective Jimmy Purify sat in the passenger seat of the bashed and battered department- issue Ford. He was just a few years older than Byrne, but something in the man’s eyes held deep wisdom, a hard- won experience that transcended time spent on the job and spoke instead of time earned. They’d known each other a long time, but this was their first full tour as partners.

They got out of the car and walked to the front entrance of the sprawling, well- tended Chestnut Hill mansion. Here, in this exclusive section of the northwest part of the city, there was history at every turn, a neighborhood designed at a time when Philadelphia was second only to London as the largest English- speaking city in the world. The first officer on the scene, a rookie named Timothy Meehan, stood inside the foyer, cloistered by coats and hats and scarves perfumed with age, just beyond the reach of the cold autumn wind cutting across the grounds.

Byrne had been in Officer Meehan’s shoes a handful of years earlier and remembered well how he’d felt when detectives arrived, the tangle of envy and relief and admiration. Chances were slight that Meehan would one day do the job Byrne was about to do. It took a certain breed to stay in the trenches, especially in a city like Philly, and most uniformed cops, at least the smart ones, moved on.

Byrne signed the crime- scene log and stepped into the warmth of the atrium, taking in the sights, the sounds, the smells. He would never again enter this scene for the first time, never again breathe an air so red with violence. Looking into the kitchen, he saw a blood splattered killing room, scarlet murals on pebbled white tile, the torn flesh of the victim jigsawed on the floor.

While Jimmy called for the medical examiner and crime- scene unit, Byrne walked to the end of the entrance hall. The officer standing there was a veteran patrolman, a man of fifty, a man content to live without ambition. At that moment Byrne envied him. The cop nodded toward the room on the other side of the corridor.

And that was when Kevin Byrne heard the music.

She sat in a chair on the opposite side of the room. The walls were covered with a forest- green silk; the floor with an exquisite burgundy Persian. The furniture was sturdy, in the Queen Anne style. The air smelled of jasmine and leather.

Byrne knew the room had been cleared, but he scanned every inch of it anyway. In one corner stood an antique curio case with beveled glass doors, its shelves arrayed with small porcelain figurines. In another corner leaned a beautiful cello. Candlelight shimmered on its golden surface.

The woman was slender and elegant, in her late twenties. She had burnished russet hair down to her shoulders, eyes the color of soft copper. She wore a long black gown, sling- back heels, pearls. Her makeup was a bit garish— theatrical, some might say— but it flattered her delicate features, her lucent skin.

When Byrne stepped fully into the room the woman looked his way, as if she had been expecting him, as if he might be a guest for Thanksgiving dinner, some discomfited cousin just in from Allentown or Ashtabula. But he was neither. He was there to arrest her.

“Can you hear it?” the woman asked. Her voice was almost adolescent in its pitch and resonance.

Byrne glanced at the crystal CD case resting on a small wooden easel atop the expensive stereo component. Chopin: Nocturne in G Major. Then he looked more closely at the cello. There was fresh blood on the strings and fingerboard, as well as on the bow lying on the floor. Afterward, she had played.

The woman closed her eyes. “Listen,” she said. “The blue notes.”

Byrne listened. He has never forgotten the melody, the way it both lifted and shattered his heart.

Moments later the music stopped. Byrne waited for the last note to feather into silence. “I’m going to need you to stand up now, ma’am,” he said.

When the woman opened her eyes Byrne felt something flicker in his chest. In his time on the streets of Philadelphia he had met all types of people, from soulless drug dealers, to oily con men, to smash-and-grab artists, to hopped-up joyriding kids. But never before had he encountered anyone so detached from the crime they had just committed. In her light- brown eyes Byrne saw demons caper from shadow to shadow.

The woman rose, turned to the side, put her hands behind her back. Byrne took out his handcuffs, slipped them over her slender white wrists, and clicked them shut.

She turned to face him. They stood in silence now, just a few inches apart, strangers not only to each other, but to this grim pageant and all that was to come.

He did not say these things. “My name is Detective Kevin Byrne,” he said. “It’s going to be all right.” It was November 1, 1990. Nothing has been right since. 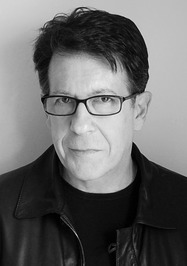 Richard Montanari is the internationally bestselling author of numerous novels, including the nine titles in the Byrne & Balzano series.

He lives in Cleveland, Ohio.

Don’t forget to check out these stops next month when they’ll be featuring reviews, interviews & More giveaways!

This is a rafflecopter giveaway hosted by Partners in Crime Virtual Book Tours for Richard Montanari and Harper Collins. There will be 2 winners of one (1) eBook copy of The Echo Man by Richard Montanari. The giveaway begins on February 6th and runs through February 16th, 2017.

2 Replies to “The Echo Man by Richard Montanari”