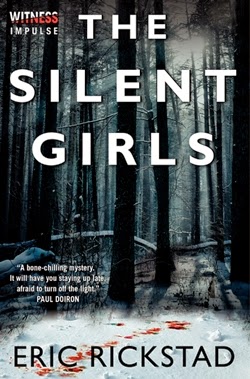 With a bitter Vermont winter closing in, evil is alive and well …

Frank Rath thought he was done with murder when he turned in his detective’s badge to become a private investigator and raise a daughter alone. Then the police in his remote rural community of Canaan find an ’89 Monte Carlo abandoned by the side of the road, and the beautiful teenage girl who owned the car seems to have disappeared without a trace.

Soon Rath’s investigation brings him face-to-face with the darkest abominations of the human soul.

With the consequences of his violent and painful past plaguing him, and young women with secrets vanishing one by one, he discovers once again that even in the smallest towns on the map, evil lurks everywhere—and no one is safe.

Morally complex, seething with wickedness and mystery, and rich in gritty atmosphere and electrifying plot turns, The Silent Girls marks the return of critically acclaimed author Eric Rickstad. Readers of Ian Rankin, Jo Nesbø, and Greg Iles will love this book and find themselves breathless at the incendiary, ambitious, and unforgettable story.

The child stepped into the house and shut the door with a soft click. Its face hovered above the woman’s. The woman reached up, clutched the mask’s rubbery skin. Pulled. The mask would not come off. She dug her fingers in. Clawed. The mask stretched. The knife sliced. She tore at the mask, gasping. The child had been right. 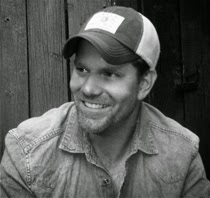 Eric Rickstad’s taut, chilling literary crime novels strip back the bucolic veneer of rural America and root around in its tragic underbelly. His first novel Reap was a New York Times Noteworthy Book first published by Viking Penguin. His novel THE SILENT GIRLS, from HarperCollins, was published October 28, 2014.

His short stories and articles have appeared in many magazines and been nominated for a Pushcart Prize. He holds an MFA from the University of Virginia where he was a Hoyns Fellow and a Corse Fellow.

He lives in Vermont with his wife and daughter, and is represented by Philip Spitzer of the Philip G. Spitzer Literary Agency.

Win A Copy of The Silent Girls by Eric Rickstad!