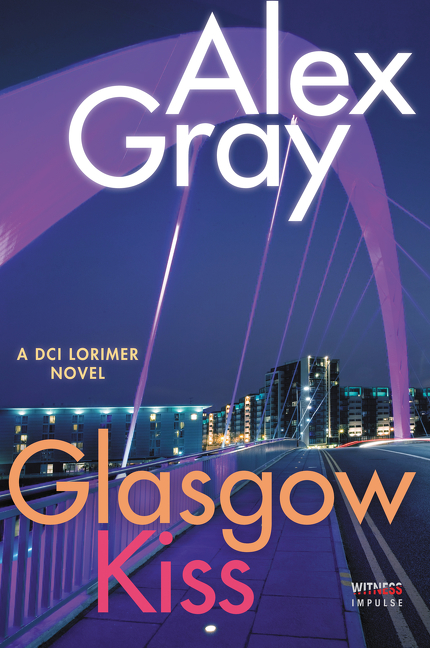 Eric Chalmers is one of the most popular teachers at Muirpark Secondary School in Glasgow. Gentle and kind, he is the one adult students trust as a confidant. So when precocious teenager Julie Donaldson accuses Chalmers of rape, the school goes into shock. How could a deeply religious family man like Chalmers do such a thing? With some students and teachers supporting Julie, and others standing by Chalmers, life at Muirpark is far from harmonious. And then the situation gets much worse – Julie Donaldson goes missing, and the police are called in.

For DCI William Lorimer, this is the second missing persons case in a week. He’s had too many sleepless nights worrying about a toddler who has been missing for several days. Julie’s disappearance adds a further burden to Lorimer’s already overstretched workload. With each day, the likelihood of either girl being found alive diminishes, and Lorimer finds himself racing against the clock to save innocent lives.

They were walking a little apart now. Her face was in profile, half shaded by the overhanging trees so that he could not make out her expression, though from time to time he would sneak a glance to see if she was looking his way. Her long pale-golden hair was twisted into plaits, leaving the cheekbones naked and exposed. It should have made her seem like a child but instead she looked older, more remote, and Kyle wished she’d left it loose as she usually did, burnished and glimmering in the afternoon sunshine.

It hadn’t always been like this. They’d walked through Dawsholm Park loads of times, sometimes hand in hand, dawdling by the grass verges, snatching the chance to have a quick kiss.

But now, Kyle thought gloomily, these halcyon days were over. Halcyon had been Kyle’s favourite word last term. His English teacher, Mrs. Lorimer, had explained that it derived from a Greek story about a mythical bird that in the middle of winter made its nest floating upon the Aegean seas. The bird had magical powers to make the waters calm and the winds drop. Kyle loved that story and had used the word in his own mind to describe his relationship with Julie. He’d even dreamed of them once – floating together like that bird, side by side, waves lapping gently against their boat. Something made him shiver suddenly and the girl turned to him, a question in her eyes. Kyle shook his head, too full to speak. She was still watching him and must have seen the bob of his Adam’s apple as he swallowed back the tears.

‘All right?’ Her voice was full of concern, but not for what was happening between them. Not for that.

‘Aye, fine,’ he replied but failed to stifle the sigh escaping from his chest. Would she stick with him out of pity after seeing his battered face? Part of him wanted to have Julie around, her warmth and loveliness blotting out the misery of the last two days. But deep down he knew he’d lost her long before his father’s release from prison.

‘D’you want to talk about it?’ She had stopped walking now and was looking at him, frowning. ‘It might help . . .’ Her voice trailed off in an unspoken apology.

Kyle shrugged. He hadn’t talked about it to anyone though he’d done a fair amount of listening. His gran’s house had been full of talk: recriminations, wild accusations and shouting. But that was because women did that sort of thing. And because Kyle was Gran’s favourite, the youngest of her three grandsons. His brothers and his gran: they all had something to say about what Tam Kerrigan had done, and not just to him. That was one reason why he was here, with Julie, to escape from all of the talk. But also he’d been interested in the bit about the murder victim, in spite of everything. What happened to a dead person at a post-mortem examination?

He’d looked up stuff on the net, reading in a detached way about incisions and bodily fluids, not really making a link with the dead man his father had killed. Even the illustrations on the Internet site hadn’t put him off. It was like selecting bits of vacuum-packed butcher meat from the supermarket shelves and not seeing the animal they’d come from. Not like in the school trip to France where you were in no doubt about the origin of your dinner. One of the lassies had nearly thrown up that time someone had served up a chicken with everything still attached, the yellow claws curled over the platter and the head all to one side; you could imagine its squawk as the neck had been wrung.

‘Kyle?’ Julie’s voice broke into his thoughts and he looked up, seeing her staring at him, a tiny crease between her eyes.

‘Och, I’m okay,’ he told her, then dropped his gaze, unable to bear the kindness in her face. ‘The bruises’ll be gone in a day or so. Probably by the time we go back to school,’ he added.

‘Are you going back right away?’

Kyle shrugged again. ‘Why not? Can’t see what good it’ll do me to hang around the house.’ He paused to let the unspoken words sink in.

Keeping out of the house meant keeping away from his father. They walked on again in silence but this time Julie reached out for his hand and he took it, feeling its warmth, glad to have her there. It would be okay. There might be folk staring at him, curious to know the truth behind what the papers said about Tam Kerrigan, but if Julie was there, even as a friend, he’d manage all right. All summer they’d talked about the advantages of being in Fourth Year, both excited, dropping the pretence of being too cool to show it. His mouth twisted at the memory. That had been another person, a young carefree creature whose whole life had stretched before him like an open road. Now that person was dead and gone, his boyhood behind him for ever.

Excerpt from Glasgow Kiss by Alex Gray. Copyright © 2017 by Alex Gray. Reproduced with permission from Harper Witness. All rights reserved.

Alex Gray was born and educated in Glasgow. After studying English and Philosophy at the University of Strathclyde, she worked as a visiting officer for the Department of Health, a time she looks upon as postgraduate education since it proved a rich source of character studies. She then trained as a secondary school teacher of English.

Alex began writing professionally in 1993 and had immediate success with short stories, articles, and commissions for BBC radio programs. She has been awarded the Scottish Association of Writers’ Constable and Pitlochry trophies for her crime writing.

A regular on the Scottish bestseller lists, she is the author of thirteen DCI Lorimer novels. She is the co-founder of the international Scottish crime writing festival, Bloody Scotland, which had its inaugural year in 2012.

Thank you to Alex Gray, Witness Impulse and Partners in Crime Virtual Book Tours for generously offering this book to me for review.
If you’d like to join in on an upcoming tour just stop by their sites and sign up today!

This is a rafflecopter giveaway hosted by Partners in Crime Virtual Book Tours for Alex Gray and Harper Collins. There will be 3 winners of one (1) eBook copy of THE RIVERMAN by Alex Gray. The giveaway begins on May 7th and runs through June 1st 2017.

4 Replies to “Check out Glasgow Kiss by Alex Gray!”