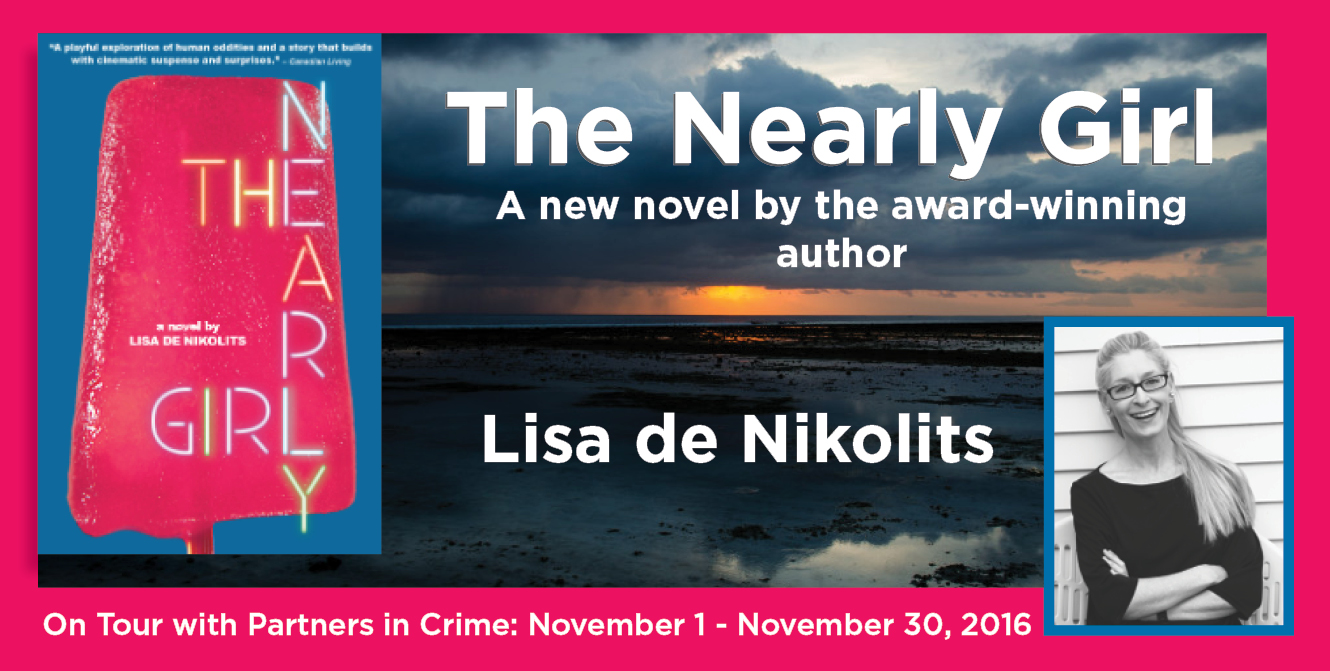 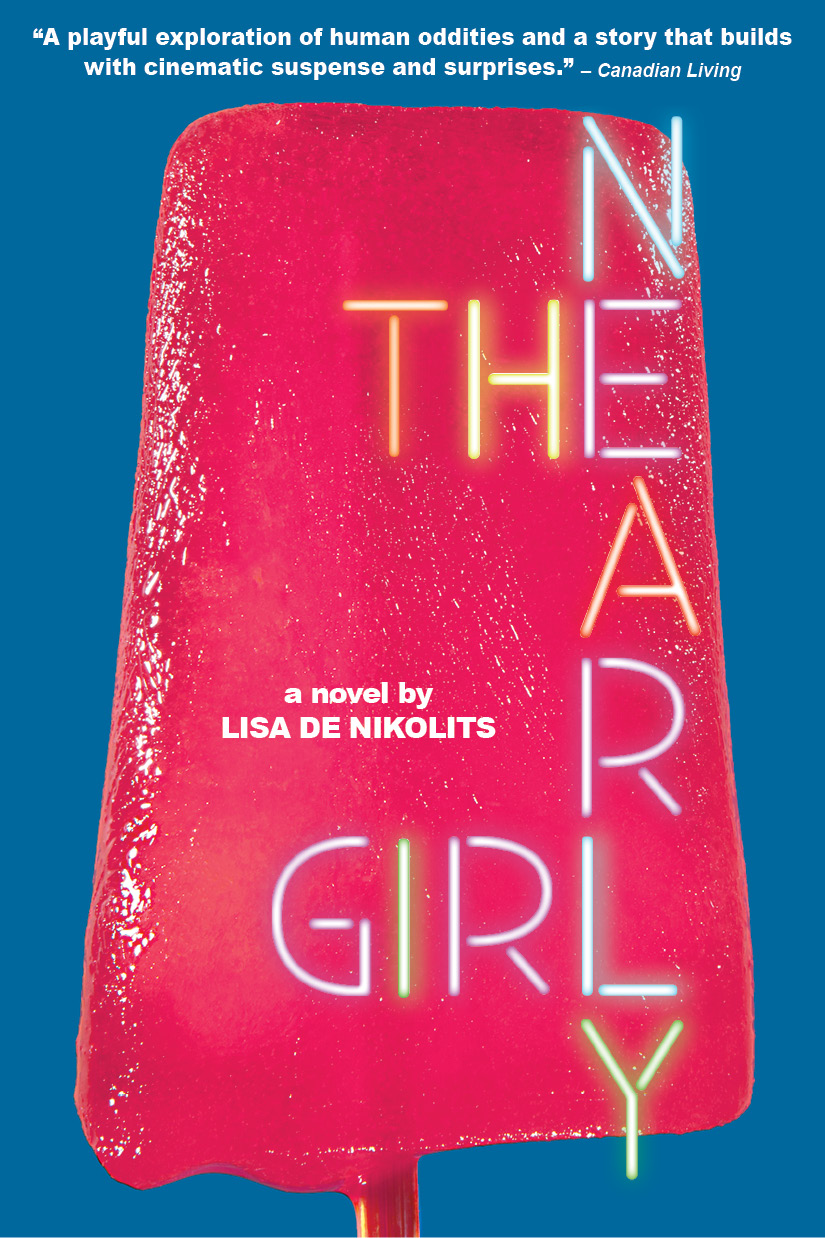 Fans of “A Prayer for Owen Meany” and “One Flew Over The Cuckoo’s Nest” will love this clever, fast-paced and enjoyable thriller.

Like a modern-day Joan of Arc, Amelia Fisher attempts to carve out a ‘normal life’, showing us how mythic the idea of ‘normal’ really is.

With a poetic genius for a father, an obsessed body builder for a mother, and an enchantingly eccentric group seeking the help of an unorthodox therapist, what could possibly go wrong?

A chance discovery propels Amelia and fellow therapy attendee, Mike, with whom she is in love, into a life-threatening situation instigated by the crazed doctor’s own dark secret but Amelia’s psychosis saves the day.

Told with warmth, humor and populated with vividly original characters, this sprint-paced novel has it all, from restraining orders to sex in office bathrooms, and a nail-biting ending.

A novel about an unusual family, expected social norms and the twists and turns of getting it all slightly wrong, the consequences of which prove fatal for some.

Amelia lay still. Mike was next to her, snoring slightly.

Amelia wondered how much time had passed since she and Mike had vanished. She wondered how Dr. Carroll had covered up their disappearance but she was sure his story was airtight. She wondered if anybody was worried about them and looking for them. She hoped Ethel was out of hospital and she tried to send messages to Nana with her mind, telling her to look for them.

Amelia’s eyes were wide open and she was trying to make little growling noises in her throat and eventually she was able to make a sound.

Mak? The word was hardly decipherable but she was grateful for the utterance.

Mike? She growled the guttural utterance as quietly as she could but there was no reply.

Amelia lay on her back and she closed her eyes and concentrated very hard on trying to roll over. It seemed impossible to do in one big motion and she broke it down, first just trying to move her right arm across her chest. When she achieved this gigantic feat, she was drenched in sweat and she felt exhausted.

She wasn’t sure why but the sedative was metabolizing in her system in a different way to the others, it seemed to be leaving her bloodstream much faster. She was worried that Dr. Carroll would notice and administer the next dose before the current one had worn off.

She was about to roll over onto her stomach when she heard a noise. Alarmed that Dr. Carroll had returned, she flopped over onto her back, and adjusted herself into the same position as he had left her.

No sooner had she done this, than the doctor pushed his way into the room.

He sat down on the floor and heaved a great sigh.

You two have caused me an inordinate problem, he said. Really and truly you have. Why did you have to come here? Why?

He sat cross-legged and put his head into his hands.

I don’t know what to do with you, he said, his voice muffled. I have to get rid of you but I don’t know how to do it. I’m not a violent man, I’m not. I never thought it would come to this.

He rubbed his face. I could kill you very easily, that part is not the problem. It’s the disposing of the bodies. Hmm…

He fell into deep silence. If your bodies were ever found, the drugs in your system would lead you right back to me. But it’s very tough to dispose of bodies. Much harder than you would think. They make it look so easy in the movies but I wouldn’t even know where to start. Although, that said, I could drive north for a few hours, find a couple of side roads and dump you in the swamps. But I’d have to wade into them, carrying you, and you are both so heavy and there are snakes in those waters and frogs and god knows what, so no… that won’t work.

Oh, this is such a problem. I wonder if I should disappear instead. But why should I have to give up everything I have worked so hard to achieve? Why should I be the one to lose everything just because two nosy parkers poked their nosy noses where they shouldn’t have?

What about fire… I could try to burn you both, but bodies don’t burn entirely in fire and how and why and where would you have set yourselves alight? I don’t think I would be able to create a scenario in such a way that it would be believable to anyone.

There’s dismemberment of course. I could dismember you in the bathtub but the blood, ugh, blood. And I would have to buy saws and knives and plastic and containers and from what I’ve read, the evidence of blood is very hard to rid of. And how would I get rid of the body parts? I am back to square one. Disposal.

A lover’s pact? Suicide? Yes… but I’d need to get you both into a motel which would be a logistical nightmare. Slitting your wrists would be easy but I’d also have to make sure enough time passed for all the drugs to clear out of your system. And how am I supposed to carry you two lugs into a motel without being seen?

He gave a great sigh. I have to prepare dinner for my family. I don’t care about you two. You can starve to death for all I care.

He got up. I’m one of the top two percentile of brilliant geniuses, he said. I will think of something. 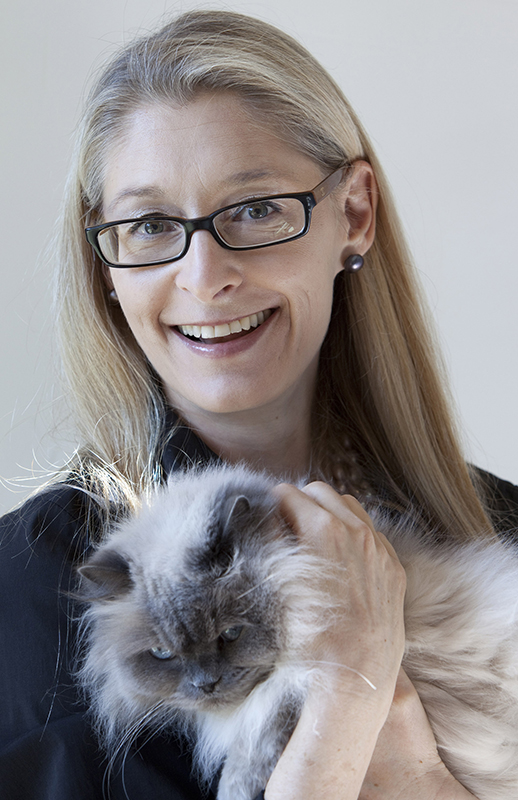 Originally from South Africa, Lisa de Nikolits has lived in Canada since 2000. She has a Bachelor of Arts in English Literature and Philosophy and has lived in the U.S.A., Australia and Britain.

Lisa de Nikolits is the award-winning author of five novels. Her first novel, The Hungry Mirror won a 2011 IPPY Awards Gold Medal for Women’s Issues Fiction and was long-listed for a ReLit Award. West of Wawa won the 2012 IPPY Silver Medal Winner for Popular Fiction and was a Chatelaine Editor’s Pick. A Glittering Chaos tied to win the 2014 Silver IPPY for Popular Fiction. The Witchdoctor’s Bones launched in Spring 2014 to literary acclaim and wide readership. Between The Cracks She Fell launched in Fall 2015 and was well reviewed by the Quill & Quire and was on the recommended reading lists for Open Book Toronto and 49th Shelf. Between The Cracks She Fell was also reviewed by Canadian Living magazine and called ‘a must-read book of 2015’. Between The Cracks She Fell won a Bronze IPPY Award 2016 for Contemporary Fiction. All books have been published by Inanna Publications.

4 thoughts on “The Nearly Girl by Lisa de Nikolits”