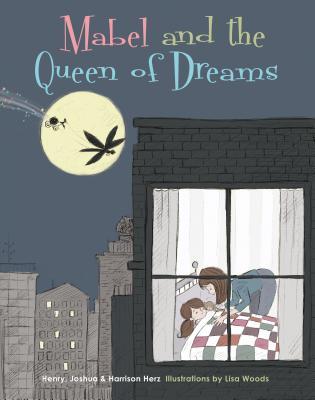 Little Mabel is an expert at not going to sleep. She knows all the best bedtime-avoiding excuses. “I’m thirsty.” “I need to use the bathroom.” “Will you tell me a story?” Luckily, Mom’s quiver of bedtime tales includes the story of the Fae Queen, who paints children’s dreams and can only visit when their eyes are closed. Inspired by Mercutio’s soliloquy in Romeo & Juliet, in which he details how the tiny fairy queen influences people’s dreams as she passes by in her flying chariot, the soothing story evokes images of an ant in a worn gray coat and a hazelnut-shell chariot with a roof of grasshopper wings.

Adorable! I loved sharing Mabel and the Queen of Dreams with the litle ones. It’s a peaceful book that brings on dreams and sweet mussings for the would-be sleepless.
A great addition to every library! 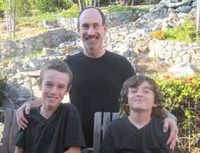 Henry Herz writes fantasy and science fiction for children. He is represented by Deborah Warren of East/West Literary Agency. He and his sons wrote MONSTER GOOSE NURSERY RHYMES (Pelican, 2015), WHEN YOU GIVE AN IMP A PENNY (Pelican, 2016), MABEL AND THE QUEEN OF DREAMS (Schiffer, 2016), LITTLE RED CUTTLEFISH (Pelican, 2016), and DINOSAUR PIRATES (Sterling, 2017).

Henry is a member of the Society of Children’s Book Writers & Illustrators (SCBWI) and the Science Fiction & Fantasy Writers of America (SFWA). Henry participates in literature panels at a variety of conventions, including San Diego Comic-Con and WonderCon. Henry created KidLit Creature Week (www.birchtreepub.com/kcw/), an annual online gallery of monsters, creatures, and other imaginary beasts from children’s books. He reviews children’s books for the San Francisco Book Review and the San Diego Book Review.

One thought on “Review | Mabel and the Queen of Dreams”