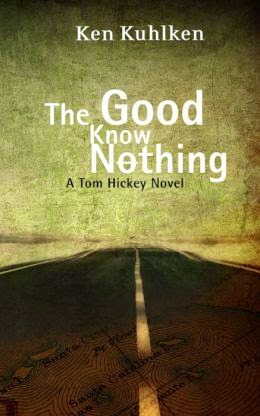 DURING THE SUMMER OF 1936, destitute farmers from the Dust Bowl swarm into California, and an old friend brings police detective Tom Hickey a manuscript, a clue to the mystery of his father Charlie’s longago disappearance. Tom chooses to risk losing his job and family to follow this lead. Even his oldest friend and mentor, retired cop Leo Weiss, opposes Tom’s decision. Why so passionately? Tom lures the novelist B. Traven to a meeting on Catalina and accuses him of manuscript theft and homicide. Traven replies that the Sundance Kid, having escaped from his reputed death in Bolivia, killed Charlie. Tom crosses the desert to Tucson, tracking the person or ghost of the legendary outlaw. He meets a young Dust Bowl refugee intent on avenging the enslavement of his sister by an L.A. cop on temporary border duty in Yuma. Tom frees the sister, delivers the boy’s revenge, and becomes a fugitive, wanted for felony assault by the L.A.P.D., his now-former employer. What he learns in Tucson sends Tom up against powerful newspaper baron William Randolph Hearst. He hopes to enlist Leo, but instead Leo offers evidence that Tom’s father was a criminal. For Tom and his sister, both victims of Charlie’s wife, their crazy mother, what now? This is the final chapter in the Hickey saga that ranges across the 1900s.

Read an excerpt of The Good Know Nothing:

The abomination we call World War I cost about nine million lives. Then, before the survivors could dry their tears, an influenza epidemic wasted another twenty million of us.

Next came Prohibition. How the temperance peddlers swindled Congress into enacting such a law at that most ill-advised time, sensible folks found beyond comprehension. They knew full well booze was proven to lighten grief for a few hours.

Prohibition, a blunder of unfathomable magnitude, launched an era of violence beyond what even wild-west Los Angeles could abide. During the first six months of its reign, seventeen LAPD officers, two percent of the force, got shot down.

The police department, under Chief James Davis, turned its guns on renegades: bootleggers who failed to pay up, Communists,
and “Wobblies,” agents of the Industrial Workers of the World. Whoever failed to abide the big shots’ rules.

Under Chief Davis, cops either played the big shots’ game or got the boot. During one shake-up, dozens found themselves dismissed on spurious misconduct charges.

One dismissal would’ve been Detective Tom Hickey, if not for the intercession of Port Commissioner Kent Parrot, the city’s kingpin political fixer. 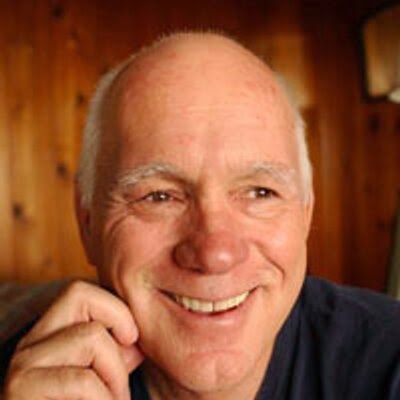 Ken Kuhlken’s stories have appeared in Esquire and dozens of other magazines and anthologies, been honorably mentioned in Best American Short Stories, and earned a National Endowment for the Arts Writing Fellowship. His novels have been chosen as an Ernest Hemingway Best First Fiction Book, a Private Eye Writers of America Best First Novel, and a Shamus Awards Best Novel. The novels are Midheaven and the Tom Hickey California Crime series.

The Good Know Nothing Tour Participants:

6 Replies to “Ken Kuhlken’s The Good Know Nothing & a Giveaway!”