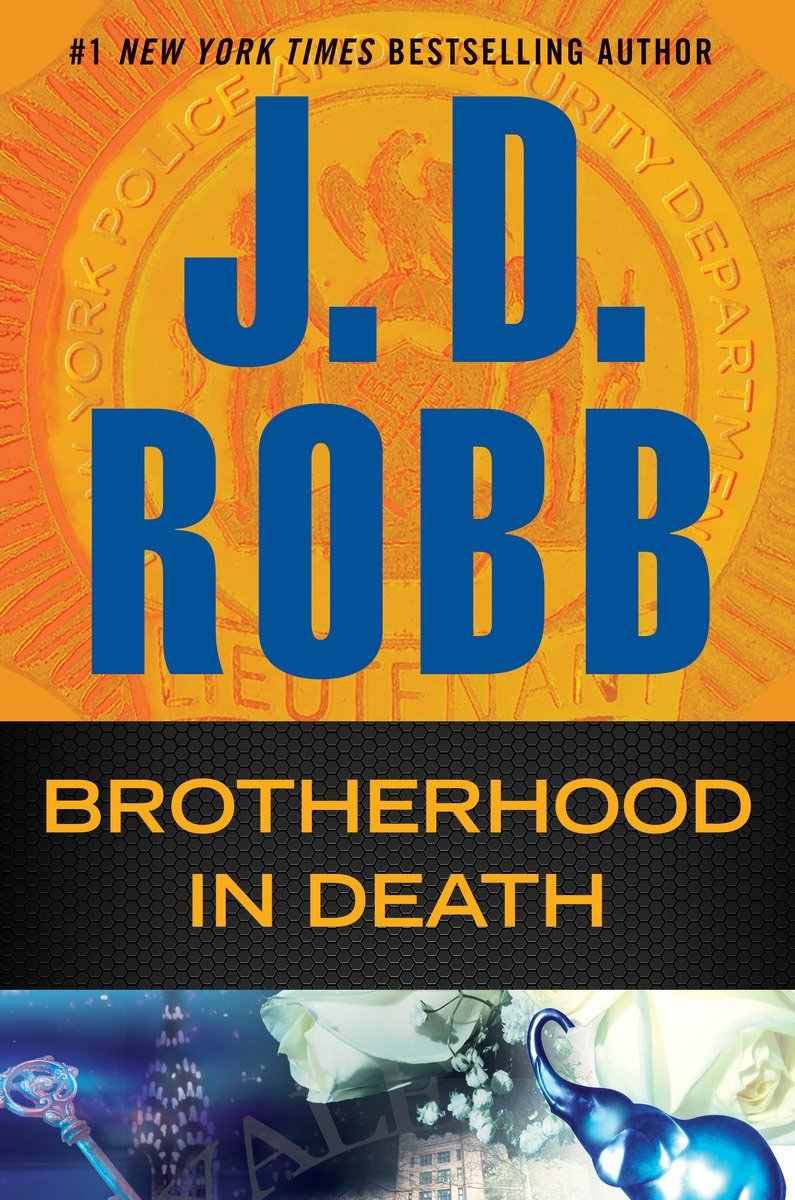 Sometimes brotherhood can be another word for conspiracy. . . .

Dennis Mira just had two unpleasant surprises. First he learned that his cousin Edward was secretly meeting with a real estate agent about their late grandfather’s magnificent West Village brownstone, despite the promise they both made to keep it in the family. Then, when he went to the house to confront Edward about it, he got a blunt object to the back of the head.

Luckily Dennis is married to Charlotte Mira, the NYPSD’s top profiler and a good friend of Lieutenant Eve Dallas. When the two arrive on the scene, he explains that the last thing he saw was Edward in a chair, bruised and bloody. When he came to, his cousin was gone. With the mess cleaned up and the security disks removed, there’s nothing left behind but a few traces for forensics to analyze.

As a former lawyer, judge, and senator, Edward Mira mingled with the elite and crossed paths with criminals, making enemies on a regular basis. Like so many politicians, he also made some very close friends behind closed—and locked—doors. But a badge and a billionaire husband can get you into places others can’t go, and Eve intends to shine some light on the dirty deals and dark motives behind the disappearance of a powerful man, the family discord over a multimillion-dollar piece of real estate . . . and a new case that no one saw coming.

Hott Review of Brotherhood in Death:

Revenge may be a dish best served cold, but these men of The Brotherhood never saw it coming. Their arrogance and sociopathic natures made them think they had every right. Will they see the error of their ways before their ties break?

Brotherhood in Death is a great book on it’s own, but as an addition to the series, it’s perfection.

This is a very tense and emotional police procedural that fully encompasses your mind even when not reading. I was a bit concerned before I started reading Brotherhood in Death, sometimes this series is a bit graphic, but I felt that this was tactfully done in such a way to minimize shock and disgust so we can focus on Eve and her team instead of the brutality that happens entirely too often.