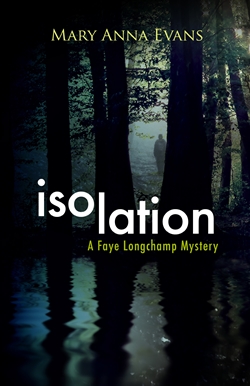 Archaeologist Faye Longchamp-Mantooth has dug herself a deep hole and she can’t make her way out of it. As she struggles to recover from a shattering personal loss, she sees that everyone she loves is trying to reach out to her. If only she could reach back. Instead she’s out digging holes all over her home, the Florida island of Joyeuse.

In their old plantation home, Joe Wolf Mantooth is surrounded by family—Faye, the wife he loves; their toddler son he adores; and his father, who hasn’t gotten around to telling him how long he’s been out of prison or how he got there—yet Joe has never felt so helpless or alone.

Then a close friend at the local marina is brutally murdered, the first in a string of crimes against women that rocks Micco County. Joe, desperate to help Faye, realizes she is in danger from both her inner demons and someone who has breached the island’s isolation. Local law and environmental officials say they want to help, but to Faye and Joe they feel more like invaders. A struggling Faye reaches back over a century into her family’s history for clues. And all the while, danger snakes further into their lives, threatening the people they love, their cherished home, even the very ground—some of it poisoned—beneath their feet.

This is a giveaway hosted by Partners In Crime Virtual Book Tours for Mary Anna Evans & Poisoned Pen Press. There will be one US winner of 1 Box of Poisoned Pen Press books including Unleashed by Eileen Brady. The giveaway begins on September 1st, 2015 and runs through September 31st, 2015. For US residents only.
a Rafflecopter giveaway

Mary Anna Evans is the author of the award-winning Faye Longchamp archaeological mysteries–Artifacts, Relics, Effigies, Findings, Floodgates, Strangers, and Plunder. She has degrees in physics and chemical engineering. Her background includes stints in environmental consulting and university administration, as well as a summer spent working offshore in the oil fields. Writing lets her spend weeks indulging her passion for history, archeology, and architecture, and months making up stories. Mary Anna is preparing to move to Oklahoma since accepting an Associate Professor position with the University of Oklahoma.

Thank you to Mary Anna Evans, Poisoned Pen Press, and Partners in Crime Virtual Book Tours for generously offering this book to me for review.
If you’d like to join in on an upcoming tour just stop by their sites and sign up today! Or stop by some of the tour stops:

One thought on “Don’t Miss the new Mystery: Isolation by Mary Anna Evans”