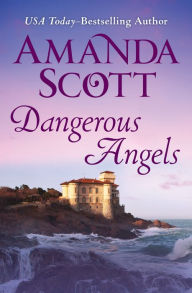 It happens in an instant.

One minute, Charlotte Tarrant is traveling across Cornwall in her luxurious coach. The next, shots ring out and her carriage goes over a cliff’s edge. As she clings to the rocks, a savior appears. When they meet again, Charley recognizes him instantly. But she doesn’t yet realize that the stranger who saved her life—the handsome aristocrat who now vies for her hand in marriage—is England’s most notorious spy. He is called Fox Cub. Few know that behind the daring exploits of the elusive Le Renardeau, Antony St. John Foxearth is on a quest to prevent a political assassination that could topple the Crown. As desire flames into enduring passion, Antony undertakes his most critical mission yet: to safeguard the woman he loves from harm, and from himself.

Dangerous Angels isn’t my favorite Amanda Scott novel. I truly didn’t like Charley in the previous novels and liked her less in this one. Yet, I couldn’t put down Dangerous Angels. I needed to know what was going to happen.

Have you had a different experience? Have you read, and enjoyed, the Dangerous series? 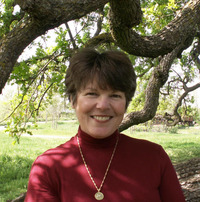