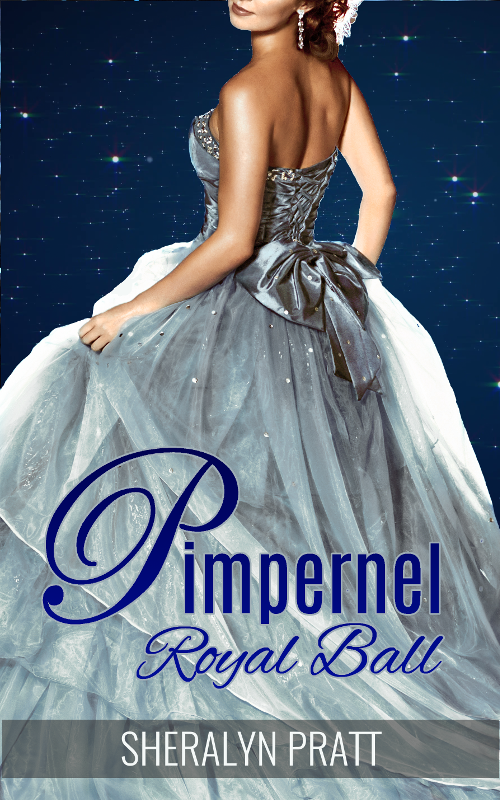 Sequel to the award-winning novel, Pimpernel

One man, one night, one dance, and one question…none of which Claire Ramsey sees coming.

She thinks the night is a test—a call to rise above her insecurities and step more fully into her skills. It’s been a year since she learned about the Pimpernel and fell in love with the man of so many masks. Jack’s world is full of high stakes and big players, and Claire wants in.

To her frustration, Jack is dragging his feet on letting her all the way into both his heart and his work. The risk is too high, he says. But Claire is ready to prove him wrong. She’s ready to go all-in.

What Claire doesn’t know is that Jack is no lone wolf, and the world he is shielding her from is much bigger than she has ever imagined.

But one man, one night, one dance, and one question will change all of that in a way Claire never saw coming.

Claire was not alone.

There was a man in the room—a dark-haired man with unreal green eyes and a suit that looked ready for a fashion shoot. The intruder was fit and tall, with a trimmed beard that looked like it had been shaped with laser precision.

Do. Not. Scream. (Again.) Do not freak. Coherency is your only bargaining chip, and only one of you works here.

For the first time that day, Claire wasn’t arguing with her instincts.

“How did you get in here?” she accused.

“Someone left the door open.”

Oh. Yeah. That would be her. She opened the floor. And left it open.

But that still didn’t explain what this man was doing in Margot’s office wearing the most refined suit she’d ever seen. Part of Claire felt reassured that if this man was an assassin, it would be a tidy affair. He wouldn’t want to get blood on his clothes.

“Who are you?” she asked, trying to get a sense for exactly how much trouble she was in.

That made no sense. “Margot is the boss.”

He seemed to weigh her answer. “Depends on how you look at it. If you’re talking about the business, yes. That’s Margot’s. But if we’re talking about what brought you here tonight, then Jack works for my father. His line has served ours faithfully for many years. We like Jack.”

Wait. What? Claire knew Ren’s family had served Margot’s for generations, but she’d always thought that more as a bodyguard thing. Jack wasn’t a bodyguard. He was a problem-solver for the elite. When people growing into their power started doing things that threatened the safety of civilians, Jack was brought in to—

Something clicked in Claire’s brain.

It wasn’t like her to be the last one to catch on to something, but everything Claire had seen in the past year fit very nicely into this man’s claim. When a job came in, Jack and Margot did it. They didn’t argue over its merit or vet the client. They solved the problem.

Because someone asked—allegedly, this guy’s father.

So either this man was an assassin sent to kill her, or the boss’s son had just caught her red-handed. Whatever the case, running away and pretending this never happened didn’t seem to be an option.
Stand your ground, instinct whispered.

“You need to make a choice before you speak again, Claire,” the green-eyed man said. “You must decide if you’ve just been caught where you ought not to be, or if you’re exactly where you want to be.”
Um, both felt like traps the way he said them. 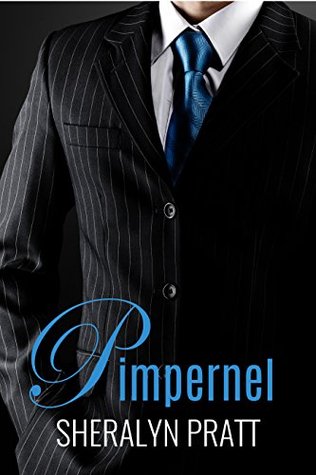 For centuries, the elite of the world have sought the Pimpernel everywhere. Some want to kill him, others want to hire him, but Jack Cavanaugh knows that the love/hate relationship comes with the job title.

At present, Jack is trying to dismantle an investment scheme centered in Las Vegas, but “trying” is the operative word. It’s been a month since he put the face of the scheme behind bars, yet the scam is still going strong. As Jack tries to uncover who has stepped in as the new head, what miniscule evidence there is all seems to point him back to Claire Ramsey, an introverted PhD student studying at UNLV.

If ever there as an unlikely head of an investment scheme, Claire’s it. She has a genius IQ, but from all Jack has seen, Claire’s intelligence is as much a blessing as a curse when paired up with her acute OCD. Claire can barely make conversation with the cute guy down the hall, which makes it hard to believe she could be the charismatic salesperson who is getting international businessmen to invest $5—50 million a pop.

So what is Jack missing? What is the real story behind Claire Ramsey? And once Jack learns it, will he be able to walk away? 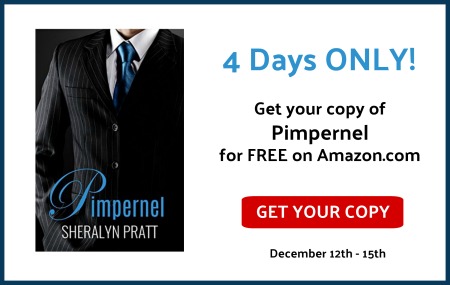 “My go-to book that has it all–action-adventure, mystery. and intrigue, all wrapped up in a sweet (but not overdone) romance.”

“Leverage. Mission Impossible. Pimpernel… If you like those first two, you’re going to love Pimpernel!…Secret identities, twists and turns, cons within cons, with just a bit of romance.”

“Intrigue, romance, and that vague something that sticks with you.”

Sheralyn was born at an early age, with 10 fingers and 10 toes. She is proud to report that she currently retains all 20 digits. Described by one reviewer as “the bomb dot com” (url already claimed… bummer), Sheralyn has been a karate instructor, musical theater performer, a beach bum, freelance writer, nomadic traveler, and, yes, a private investigator. At the moment she enjoys working with and training her dog to give the poor thing breaks from sitting and Sheralyn’s feet with the unbearable task of watching someone write a book.

Really, and you thought your job was bad!

Sheralyn currently resides in Salt Lake City, Utah, although as people who know her can attest to, that is subject to change at any time 😉

Thank you to Sheralyn Pratt and I Am A Reader, Not A Writer for generously offering this book to me for host.
If you’d like to join in on an upcoming tour just stop by their sites and sign up today!