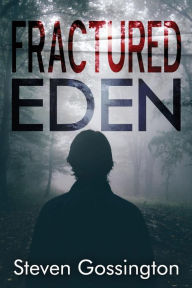 When a doctor loses everything and is forced to start over, he finds himself in a strange town filled with addiction and mental illness. Now he must find a way to survive his dark and deadly patients…

Dr. Aaron Rovsing, Family Practice Physician, is charged with incompetence and fired from his medical practice in Connecticut. After he flees and starts over in a town in East Texas, he discovers that things are not as they first appear, and soon Aaron must combat the deranged and addicted minds of the townspeople.

But things take a deadly turn when he finds himself the next chosen victim of a serial killer who plans to add the doctor to his collection of skeletons. In this town of insanity and with a serial killer waiting to strike, how can Aaron manage to stay sane . . . and alive?

Being fired for incompetence must be a doctor’s worst nightmare. I loved how you didn’t gloss that over but used it as the starting point of a slow spiral for Dr. Rovsing. Where did you start with Fractured Eden? The crazed serial killer or Dr. Rovsing’s life going down the drain?
The story took shape in my mind as I answered a question: What if a doctor was fired for alleged incompetence, lost his wife to someone else, and, as a result, felt so ashamed and beaten down that he had to leave town? That question spawned a flurry of potential scenarios. Why was he labeled as incompetent and was it fair? Why didn’t he challenge the ruling? Where will he go? I knew I wanted to write about mental illness, so the doctor lands in a strange town riddled with addiction and craziness. As he struggles to stay sane and alive, he meets allies and villains that help or hinder his quest to regain confidence in himself as a doctor.

What about Fractured Eden interested you the most?
One of the most interesting parts of writing the story was exploring the characters of patients with various mental illnesses. These patients, especially ones with schizophrenic or bipolar disorders, have fascinated me over the years in my medical practice. Some of their bizarre delusions and odd behaviors are burned into my memory and provide a starting point for character development. Another facet of the story that emerged as I worked with the characters and plot was the issue of courage, which turned out to be an important theme of the story. I found myself wondering that if I were Aaron Rovsing, could I stand up to the severe challenges that confronted him? Where is the courage in all of us, and how do we access it when we need it?

How do you stay sane when writing thrillers?
Exploring the minds of villains is certainly disturbing at times. I shudder as I think about the elaborate delusions that must be present in some of the crazed murderers in our world. Villains in fiction have their own (sometimes sordid) backstories, and delving into those issues can be unsettling indeed, but giving villains reasons for their evil behavior makes it possible to more fully develop them as characters.

Wow, Mr. Gossington sure has give me food for thought. Now, more than ever, I can’t wait to dive into Fractured Eden!

Don’t Miss Your Chance to Win! 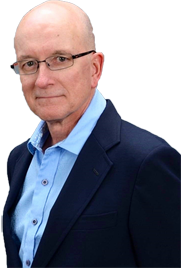 Steven Gossington is an emergency room physician with over 30 years of patient care experience. For 11 years, he was an academic professor in emergency medicine at the University of Oklahoma Health Sciences Center in Oklahoma City, and he published 20 book chapters and medical articles of original research. His enjoyment of mystery and suspense fiction and his love of writing led to his first novel Fractured Eden, a psychological suspense story in which he draws upon his extensive experience with mentally ill emergency room patients.

2 thoughts on “Inside the Author! Steven Gossington & Fractured Eden”