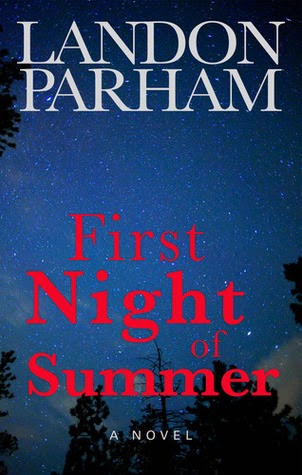 WHEN TRAGEDY STRIKES, a father discovers that a journey of misfortune is sometimes the path to deliverance. The quaint mountain town of Ruidoso, New Mexico, is the perfect place for Isaac Snow to raise his family. But when eight-year-old daughters, Caroline and Josie, commit an innocent act of heroism, media coverage attracts the wrong kind of attention. Soon, their life unravels, leading them to the crossroads of love and hate, forgiveness and retribution.

In the dark hours of a drizzly morning, Isaac, an ex-air force pilot, wakes to find a masked intruder cradling one of the twins in his arms. Before he can react, the man in black leaps through the nearest window, plummeting in a tangle of body parts and glass. Isaac charges in pursuit, but is suddenly faced with a new dilemma. Caroline is unconscious, lying facedown in the lawn, cuts from the shattered window saturating her pajamas. If he gives chase, his little girl will surely bleed to death.

From a secretive loner with a pension for unrestrained violence to the pristine granite peaks of the Rocky Mountains–from laughter filled family dinners to a string of cross-country abductions, LANDON PARHAM’S debut novel relentlessly explores the horrific realities of unnatural lust and obsession. Taken well beyond the investigation and law-enforcement tactics, you’ll find yourself steeped in journey of evil and torment, and the power of family that overcomes it all. Suspenseful, bold and meticulously researched; a true psychological thriller that captures the heart.

“Thoroughly engaging from start to finish…Overwhelming love, fear, self-doubt, and rage…emotions any parent could relate to. A foe that readers will want to see defeated, abolished, ground to dust.”
–Sandra Brown, #1 New York Times bestselling author of LETHAL

“FIRST NIGHT OF SUMMER is a wonderfully written tale of secrets, subterfuge and their effects on one family. Landon Parham’s debut thriller is a smooth mix of C.J. Box with Harlan Coben in an angst-riddled novel staged in the murky half-light of moral complexity. The book’s simple, ironic title belies its fully realized characterizations and multi-layered plot, serving up a superb cat-and-mouse game where very little is what it first appears to be.”
–Jon Land, bestselling author of STRONG RAIN FALLING

There was calm before the storm. Like fire and water, the inferno in Isaac’s eyes reached across the room and lit the violent waves dwelling in Ricky’s baby blues.

Not a split second lapsed between realization and reaction. There was never fear or hesitation, only a primal urge to protect his family. A threat cannot be posed if it does not exist, and he fully intended to eliminate the threat completely.

He raced to the window and noticed that both beds were empty. That was what training at speeds well beyond the sound barrier did. It honed an ability to think and work at the same time, in the blink of an eye, blending thoughts and actions into instinct.

The man in black must have known what was going to happen. He dropped the girl from his arms and simultaneously sprang in the opposite direction. The window was open, but not enough to accommodate the violent exit.

The child’s body hit the floor, followed by a crashing of glass. Like it was nothing more than a soap bubble, the window shattered, taking half the frame with it. The masked man fell to the lawn in a storm of debris.

Isaac was in hot pursuit, about to jump out the mangled opening. But the body, which he recognized as Josie’s, was in the way. Where is Caroline? He put his palms on the windowsill, broken glass lacerating them, and looked out. Not three feet away was the intruder. As quickly as he had flown through the window, he got to his feet and ran. And there, lying motionless on the rain-soaked lawn, Isaac found the answer to his question.

Shards of glass covered Caroline’s body. The bastard had landed right on top of her, smashing jagged pieces between their bodies.

Isaac was prepared to hurl himself out the window and give chase. Backing down was not in his nature. He had killed before and knew he was capable of doing it again. And this time, he really wanted to. He was about to do so when the bedroom lights turned on.

“What’s going on in here?” Sarah demanded. She stood in the doorway, wearing a pair of his boxers and a baggy shirt. “I heard glass—”

“Call nine one one!” he barked.

“Josie!” Her face was stricken with horror as she rushed forward. “What the hell happened?”

“Call the police. Now! Someone tried to kidnap them. She’s fine,” he said, meaning Josie.

In fact, he didn’t know for certain that she was fine. He had, however, noticed the strip of tape over her mouth. Dead people didn’t scream, so he assumed the best. She was alive but knocked out or drugged. There was no time to stop and see.

Sarah was frantic. Her eyes searched the room for Caroline. “Where’s Caroline? Where is she?”

“She’s out the window.” He watched the masked man run away. “Now please, honey. Get the phone, call nine one one, and come back.”

With his hands still on the windowsill, disregarding the little cuts and stabs, he vaulted through the open space. He landed over Caroline with one foot planted on either side of her. The blades of grass were soft. The fragments of glass, however, were not. They drove into his feet like nails, but he put the pain aside. His focus was too solitary to allow interference.

The bedroom lights lit the small patch of lawn where she laid, and he knelt. Outside of their island, the night consumed everything. He was about to run after the son of a bitch who had just disappeared behind the Howard’s home, but he stopped short. Caroline’s white sleeping shirt was stained crimson all around the neckline and chest. Had Sarah not flipped on the lights, he never would have seen it. She was hurt badly.

He heard Sarah’s feet pound down the hall and into the kitchen. In a few seconds, she was giving the operator an address and explaining the situation.

In the back of his mind, Isaac thought, I should go after him. But he couldn’t force himself to leave his little girl. Even if I catch him, what good would it do if Caroline bleeds to death? His world had shrunk to a tiny space in the great big mountain night. Outside of that, nothing mattered. Everything else was diminished. He could faintly hear Sarah asking Josie to wake up and the distant sound of an engine revving to life.

Caroline wore a pair of cotton pajama pants with different-colored hearts. The fabric was pulled up around her knees and exposed several scratches. A bead of blood ran down one calf. It was nothing compared to the stain growing around the collar of her shirt.

Moving someone who had just suffered a trauma injury was the last thing you were supposed to do. But Isaac had no choice. The way she was laying, he couldn’t see where all the blood was coming from. He gingerly rolled her flat and almost vomited at what he saw.

The side of her neck was completely sliced open. Blood literally poured from the flesh. The flow was constant and unrelenting. The gruesomeness of the laceration was not the cause for Isaac’s sickness. He had seen much worse. The gut-wrenching heave came from a sobering realization that she might be broken beyond repair. The cut was too deep, too wide, and in the wrong spot. A pool of red was already spread beneath her. The essence of her life slowly covered the green grass. He clenched his teeth and shut off emotions. His baby was dying. He had to do something.

LANDON PARHAM is a bestselling author who lives in the suburbs of Dallas, Texas. His goal as a writer is to raise awareness on everyday issues through fiction, and expose taboo realities that the masses give precious little attention to. The wild, majestic expanses of America inspire his visions and will continue to show up as integral parts of his work.

Parham’s debut novel, First Night of Summer, became a bestseller in August 2013 when it hit #21 on Amazon’s Top 100 overall paid chart, and #2 on Barnes & Noble. It has garnered attention from FOX News, NBC, numerous law enforcement personnel, social workers, child-care advocates, and parents around the globe, as an emotional and true-to-life story. ”If we choose not to recognize the evil in our world, we will never stand up to it.” He is currently working on his next suspense novel following his debut. It will tackle a different, but no less suspenseful issue.