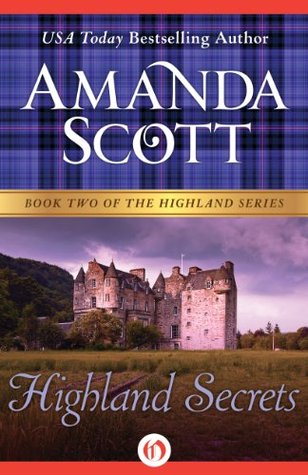 She will never yield—not to the English king, nor to Rory Campbell, the seductive man who saved her but remains her sworn enemy.

With her imprisoned mother’s liberty at stake, Jacobite sympathizer Diana Maclean steals into the dungeon of Edinburgh Castle and pulls off an audacious switch. But her bold escapade comes at a price. With her own freedom now hanging in the balance, Diana is unexpectedly rescued by the mysterious Lord Calder. She’s instantly drawn to her kind savior, unaware that he is Rory Campbell, of the Campbell clan—her family’s most treacherous enemy.

The youngest baron of the Scottish Court of Exchequer, Rory manages the Highland estates that were forfeited to the Crown. But the bonny lass he just liberated haunts him. As Scotland prepares for another uprising, their paths cross again. Rory finds himself yearning for Diana, and hoping to protect her family, too. Can they change the course of Scottish history by rising up against a legacy of hate . . . even as they surrender to glorious, liberating love?

Eh. Make no mistake. I love Amanda Scott and her books, but Highland Secrets isn’t one of her best. I enjoyed it and will probably read it again, but it did take quite some time for me to get into the rhythm of Highland Secrets.

I really liked Rory but I didn’t love DIana. I’m not one for blind faith and Diana tends to assume people are right, or wrong, because of their clan before even knowing the facts. Yes, I’m aware that’s an extrememly accurate view of how things were done, and how many people are today, BUT it’s still frustrating to watch.

However, Highland Secrets does have some great characters and I really enjoyed the plot.